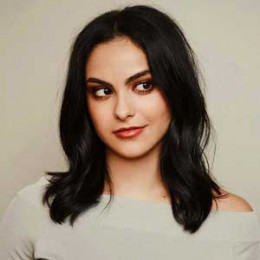 Camila Mendes is a Brazilian-American actress. She is famous for the portraying the character of Veronica Lodge on The CW TV series Riverdale.

Camila Carraro Mendes, known as Camila Mendes is a Brazilian-American actress born on June 29, 1994, in Charlottesville, Virginia U.S to Brazilian parents. She spent most of her childhood moving to different cities. She grew up along with her sister Kiara Moreno.

Mendes attended New York University Tisch School of the Arts and graduated with a degree in Bachelor of Fine Arts in 2016. Camila also studied two semesters in one of the NYU advanced drama conservatories, the Stonestreet Film Acting Conservatory, while at NYU Tisch.

Camila's first acting debut was in a commercial for IKEA, a multinational group, which designed and sold ready-to-assemble furniture, kitchen appliances, and home accessories.

In 2016, she was cast in the CW's new teen drama "Riverdale" as Veronica Lodge, a silver-tongued high school sophomore, which was a "subversive take" on the Archie Comics.

For portraying the role of Veronica Lodge, Mendes had to dye her hair darker. From 2017, she has appeared in more than twenty-six episodes of the series to date.

Mendes is not married yet, but she is in a relationship with a guy named Ian Robert Wallace, for more than three years.

According to the post on Instagram Ian Wallace, is a professional photographer and filmmaker based in NewYork City. She hasn't revealed about her boyfriend and relationship yet.

Mendes' net worth has not been shared with the public, but appearing in hit series, she might have earned good amount of salary.