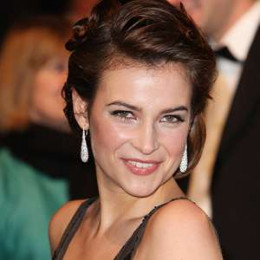 Camilla Arfwedson is an English actress well known for her roles as Zosia March on the popular BBC series, Holby City. She belongs to a Swedish father and English mother. Camilla studied at the University of Edinburgh in Scotland. She entered the screen acting as a debut in 2005, after earning a degree in Classics from the University of Edinburgh. Camilla worked in the television commercial for travel websites Secret Escapes in 2012.

Camilla Arfwedson also played as Sheriff Angela Carter in "Wrong Turn 5:Bloodlines". She appeared in the second episode of BBC Three sitcom in 2013. Camilla is also recognized for her guest appearances on Inspector Lewis, Pete Vs Life, and Minder. She has performed in professional UK productions of Festen, The Shape of Things, and The Merchant of Venice. Camilla has not revealed anything about her personal life and relationships.