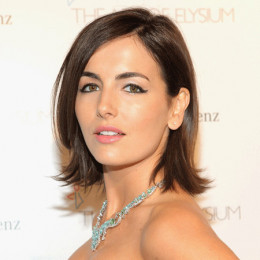 An American actress who is widely known for starring in popular movies like 10,000 BC, The Lost World: Jurassic Park and When a Stranger Calls. She is daughter to Cristina Gould and Jack Wesley Routh. She attended Marlborough School. She started her professional career when she was 9 month old in a print ad. She had lead role when she was just 5 years old in movie named "Trapped Beneath the Earth". She has already starred in the lead role of popular movies like Rip Girls in 2000 and 10,000 BC. In 199 she was nominated for Young Artist Award on Best Performance in a TV Drama Series "Guest Starring Young Actress".

Exploring her marital status she has not married yet. She seems to be single currently. Looking at her relationship history, she has already dated half a dozen of handsome hunks. She has dated popular actors, singers and models too. She also dated popular American pop singer after featuring in one of his music video. Sadly their relationship didn't workout well and they broke up. She has no any children from any of her affairs.