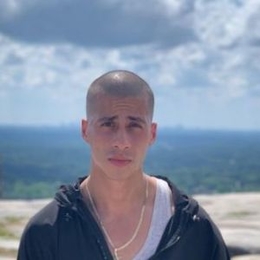 Carlito Olivero is an American singer, producer, dancer, vlogger and actor who played a prominent role in the show "We The Party" in 2012. In " Step Up: High Waters, " he appeared with his girlfriend, Jade Chynoweth.

The American singer and dancer Carlito Olivero is dating his on-screen girlfriend, Jade Chynoweth. The name probably rings a bell. Sure it does, as she is an actress in 300:Rise of an Empire. 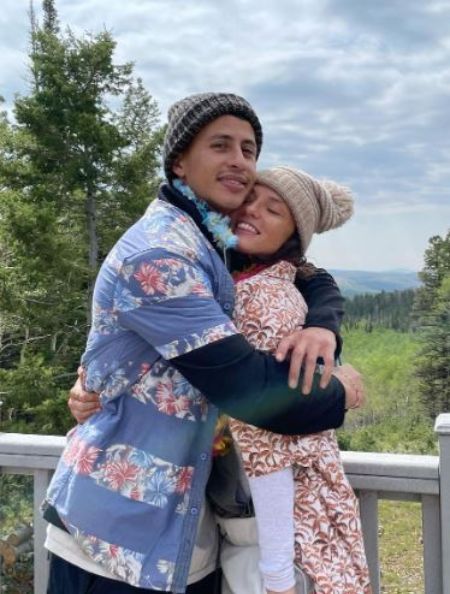 Carlito Olivero and Jade Chynoweth have been dating for a long time. SOURCE: Instagram(@jadebug98)

The couple met for the first time in the set of 'Step Up: High Waters.' The lovebirds share a beautiful live-in relationship, flaunting many pictures on their social media pages. The two get quite cozy with each other.

Not only that, Carlito and Jade celebrated Valentine's Day for the first time with a photo of them kissing. She captioned it, "You show me a new level of friendship, patience and vulnerability every day. You're my best friend and passionate lover. I couldn't imagine a life without you."

Carlito Olivero was previously speculated to be gay but denied that rumor. Carlito and his lady love often go out for a trip and share their dance videos. 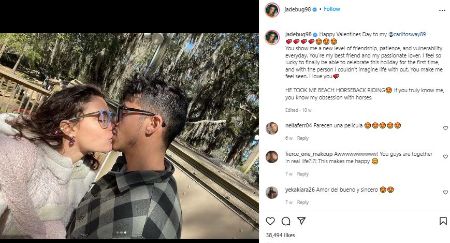 The pair seem satisfied with one another's presence, and there is a rare chance of them getting separated. Moving on to his past relationship, although he is pretty open about his personal life, there is not much to talk about his former girlfriend.

Carlito Olivero made his debut in acting in 2007.  Ever since, the guy has appeared in music videos like Rain, Love Letter, and Find Your Way Back.

Check out the video of Carlito Olivero singing on X-factor USA.

That's not all; Carlito was a part of the MTV reality show Making Menudo. He worked as Derek Sandoval in Bad Samaritan in 2018 alongside David Tennant, Kerry Condon, Jacqueline Byer and Robert Sheehan.

For two seasons, Carlito appeared in the television series East Los High. The 32 years old possess an estimated networth of $1.5 million as of 2022. Carlito receives a paycheck of around $50,000, which is the basic salary of an actor in the United States.

Carlito Olivero garnered popularity after his audition for the X Factor Season 3. In 2013, he participated in the Xfactor USA and made it to the final, holding third place.

The singer performed smash hits of Justin Bieber's Boyfriend and Labrinth's song Beneath Your Beautiful during the show. The music video 'Lie for Me' from his second album on his self-titled YouTube channel with over 136k subscribers has crossed 10 million officially, released in 2017.