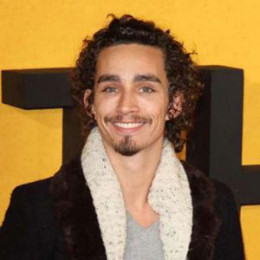 BAFTA nominated actor, Robert Sheehan is best known for his roles in the movies and the TV series, Misfits, Love/Hate, Cherrybomb and Killing Bono. He also worked in the comic play, The Playboy of the Western World at the Old Vic Theater. He is earning a good amount from his acting career.

The Irish actor is dating Algerian-French actress, Sofia Boutella. The couple has been in a relationship since 2014.

Sheehan possesses the net worth of $2 million at present.

Robert Sheehan was born Robert Michael Sheehan on 7th January 1988 in Portlaoise, Ireland under the birth sign Capricorn. Sheehan is Irish as per his nationality and belongs to Caucasian ethnicity.

Sheehan is the son of Maria and Joe Sheehan, who were both ''garda'' (police force of the Republic of Ireland). He is youngest among his two siblings- Shauna Sheehan and Brendan Sheehan.

From the very early age, Sheehan learned to play banjo, bodhran and later participated in Fleadh Cheoil (Irish music competition). While he was in ST.Paul’s in Portlaoise, he played Oliver in ‘’Oliver with a Twist.''

At the age of 17, Sheehan studied at Galway-Mayo Institute of Technology. He left his Film and Television studies after a year, as he was failed and did not repeat the course.

Robert Sheehan made his debut in 2003 from a short movie, An Cuainin. The same year, he acted in an Irish drama film, Song for a Raggy Boy by Aisling Walsh. He got the role after his mother took him for an audition.

The following year, Sheehan made his TV debut from the Australian TV programme, Foreign Exchange. In 2011, he worked in a comic play, The Playboy of the Western World at the Old Vic Theater in London.

Sheehan appeared in numbers of series including Young Blades, Bel’s Boys, Rock Rivals, Coming Up, and Fortitude, among others.

Sheehan also appeared in the movies like Shostwood, Cherrybomb, Demons Never Die, Killing Bono and Three Summers among others.

For his performances in the movies and series, he has been nominated for various awards and won IFTA Awards for Love/Hate.

Robert Sheehan's net worth of $2 million as per celebritynetworth. He has done many successful movies in his career.

Here's the list of his movies that made a good collection at the box office:

Robert Sheehan stands the height of 1.8 meters. He currently resides in Portlaoise, Ireland.

The Irish actor is unmarried at present. He is in a relationship with Algerian-French actress and dancer, Sofia Boutella. The couple first met on the sets of Jet Trash in 2014 and eventually started dating.

Sheehan went to the sets of Mummy to surprise his girlfriend. He was also given a helicopter ride piloted by Tom Cruise.

There was a rumor of their break up in 2017 but no confirmed fact has been updated about their relationship.

Below, the video is about his interview,