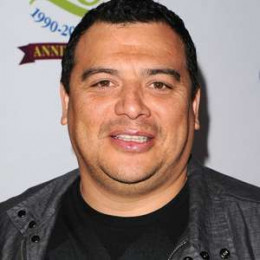 Carlos Mencia is a Honduran-born American writer, comedian, and actor. He is well known as the host of the Comedy Central show "Mind of Mencia". He is the son of Magdelena Mencia and Robert Holness. Carlos grew up with his aunt and uncle. He started his career doing stand-up comedy in the club Laugh Factory. Carlos found a grand success on the L.A comedy circuit and was named "International Comedy Grand Champion� from Buscando Estrellas.

Carlos Mencia released a comedy album “Take a Joke, America” in 2005. Then he debuted on comedy Central “Mind of Mencia” which became one of the most powerful shows in the network’s history.

Carlos has more than 1.5 million total viewers of his shows online and is also the co-owner of the restaurant chain, Maggie Rita’s.He has worked on commercials aids for a weight-loss product “Belly Burner”. Carlos is married to Amy Mencia and has a son.

Carlos Mencia is married to Amy Mencia. She works in the show's wardrobe department. They have a child together.

Lucas is the only son of Carlos. He looks adorable in the available pictures. There is not much information disclosed about him.