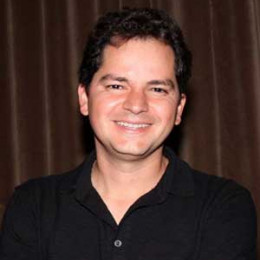 Carlos Saldanha was born on 24th January 1965 in Rio de Janeiro, Brazil. He left his hometown in 1991 to follow his creative instinct and passion for animation.

Saldanha attended the School of Visual Arts in New York, where he discovered his passion for animation. He also earned an M.F.A. degree in animation and continued to teach and advise students in the school's animation program.

In October 2012, he signed a five-year exclusive deal with 20th Century Fox to develop and produce animated and live-action projects. In June 2013, he cofounded a Fox-based production company, named BottleCap Productions.

In 2017, Saldanha is directing an animated feature film adaptation of 'The Story of Ferdinand.' He is well known for directing for Fox a live-action adaptation of Royden Lepp's graphic novel 'Rust: Visitor in the Field,' which he plans to make before Ferdinand. He is also producing an animated feature film based on a book 'Alienology' from the 'Ologies' fantasy book series.

He seems to be living a pleasant life with his wife and children with no sign of getting divorced.

Saldanha's exact worth and salary have not yet reveled to the public. But he must have earned a good figure from Ice Age and Rio both successful at the box office.

Carlos Saldanha married Isabella Scarpa Saldanha, a mathematician. The couple has four children. They moved to Hoboken, New Jersey after their second child was born.

Sofia Scarpa Saldanha is a name of their first daughter.

Manoela is one of the children of Isabella and Carlos. She voiced Molehog in the movie Ice Age.

Julia is another daughter of Carlos and Isabella.

Rafael is the only son of Carlos and Isabella.