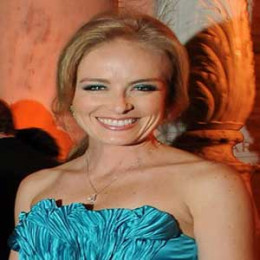 A mathematician, Isabella Scarpa Saldanha is well known as the wife of Carlos Saldanha, director, producer, and animator.Her husband is the director of Ice Age: The Meltdown (2006), Ice Age: Dawn of the Dinosaurs (2009), Rio (2011), Rio 2 (2014), also the co-director of Ice Age (2002) and Robots (2005). Isabella Scarpa Saldanha holds Brazillian nationality with white ethnicity.

In 2017, her spouse directed an animated feature film adaptation of 'The Story of Ferdinand.'

Her daughter Manoelo and Sofia voiced a "porcupine-like critter" called "Molehog" in the film Ice Age: The Meltdown, which was directed by Carlos Saldanha. As well as in 'Rio,' her daughter Sofia Saldanha voiced Linda Gunderson as a child.

Isabella's net worth is still under review. However, she and her family are living a lavish life.

Sofia Scarpa Saldanha is the first child of Carlos and Isabella.

Manoela is the second daughter of Carlos and Isabella.

She is a third child of her.