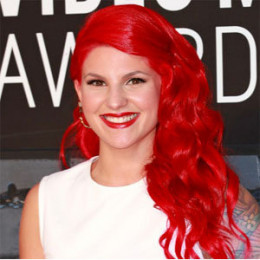 An American stand-up comedian, actress, television host, and television personality, Carly Aquilino is currently dating to Pete Davidson. She is known for her comedic chops and for her trademark bright red hair colour. Though best known for her appearances on Girl Code, Carly Aquilino also had early career guest spots on Guy Court, Wolf Watch, and Gotham Comedy Live. By early 2015, she had close to five hundred thousand Twitter followers.

Carly Aquilino dated to comedian Chris Distefano but the couple did not continue their relationship and they ended later for the unknown reason. After break up with the first boyfriend Carly Aquilino began to date comedian Pete Davidson. The couple seems to be very happy with each other so there are no signs of their separation. She has not faced any controversy in her life.