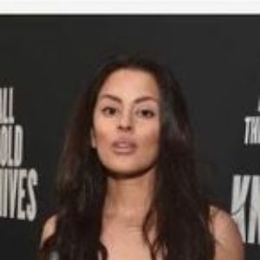 Carmela Zumbado is an American actress and model famous for her breakthrough role in season 2 of the Netflix thriller series 'You' as Deliah Alves. Her sisters Gigi and Marisela are also an actress.

Carmela Zumbado has remained tight-lipped on personal matters. But that doesnt mean the actress refuses the shares and images and videos about her family and co-stars. 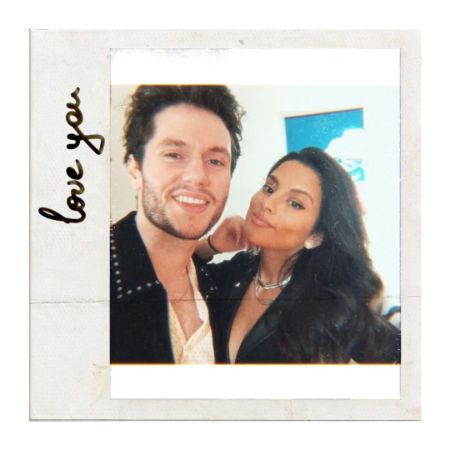 Carmela has been linked to the' You' co-actor James Scully, whom she disclosed as her real-life crush. The lady showed herself with James to her fans multiple times in PDA.

Similarly, Carmela uses his celebrity status and social media platforms to raise awareness about various subjects like LGBTQ+ rights and racism. She is fond of baseball, and recently, in April 2022, Carmela went to support the baseball club Cubs on Wrigley Field.

Who Are Sisters of Carmela Zumbado?

The 31-years old actress isn't the only one in the Zumbado family who is fond of acting in front of the camera. The sisters of Carmela, Gigi Zumbado and Marisela Zumbado, are also uprising film stars. 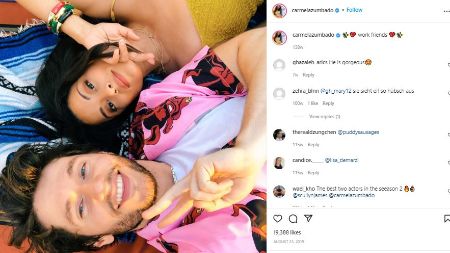 Gigi is notable for her performance in A night to regret, Generation and Pitch Perfect 2, while Marisela appeared in The Affairs and Epix series Bridge and Tunnel.

Carmela Zumbado has summoned an estimated networth of $1 million. She earns much of her fortune from her career, which took off last decade with America's Most Wanted in 2012.

Watch the video of Carmela Zumbado at the premiere of The Wall of Mexico.

In an interview with Cryptic Rock, Carmela said that her high school drama teacher, Mr. Flynn, inspired her to pursue acting. Later, she got her breakthrough in NCIS: New Orleans in 2015.

Well, Carmela appeared in two episodes of the comedic series Crazy-ex-girlfriend' in the portrayal of Denize Martinez. Previously, the actor landed her role in the 'Identity Thief' and 'Need for Speed.'