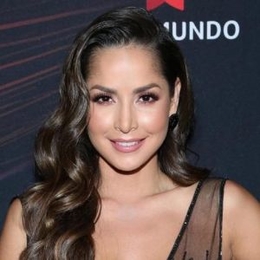 Your World Awards winner, Carmen Villalobos, is a Colombian actress. Villalobos not only limited her skills on acting; instead, she also put her steps on modeling and soon gained success, just like in acting. She is famous for her portrayal of Catalina Santana in Sin senos no hay paraíso from 2008–2009. Further, she returned on the series in 2016.

Carmen Villalobos met her future husband, Sebastián Caicedo, when both of them agreed to work together on the recording set of the novel "Nobody is eternal in the world." They worked together from 2007 to 2008, and it was broadcasted on Colombian television. 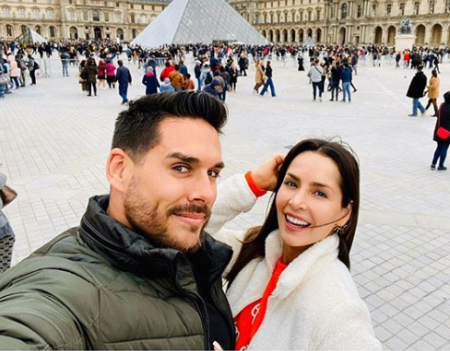 Since then, they became close to each other and slowly their feelings grew. Their relationship, however, started with a controversy. Sebastián had just ended his relationship with his then-girlfriend Alexandra Serrano when he began dating his new partner Carmen. 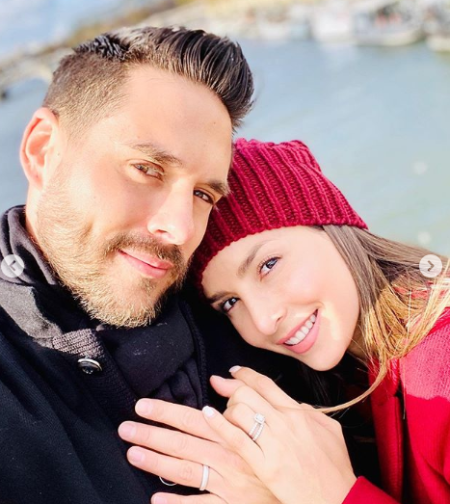 Villalobos and her spouse have a two years age gap. They dated for quite long around ten years and engaged in August 2018. Sebastian popped up a question to his lover in a live call on the reality show Exatlón Estados Unidos. Shortly, Villalobos said Yes!

A year later the engagement, Villalobos and her fiance exchanged the vows on 18th October 2019. Both of them often hinted about getting married via respective social accounts by sharing stunning photos. 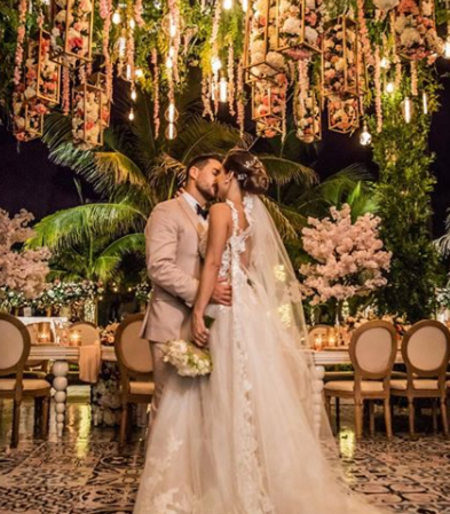 Carmen Villalobos and her spouse Sebastián Caicedo on their wedding SOURCE: Instagram (@cvillaloboss)

Initially, the duo reported that they have planned to tie the knot in an intimate ceremony in the city of Cartagena (Colombia), however, it wasn't done as per their plan. Seeing the pictures shared by them on their social accounts, we can know that their nuptials was a lavish one.

El Señor de los Cielos cast and her partner turned their 11 years of relationship as a boyfriend and girlfriend to a husband and wife. They wedded in front of 150 guests including their close friends and family. 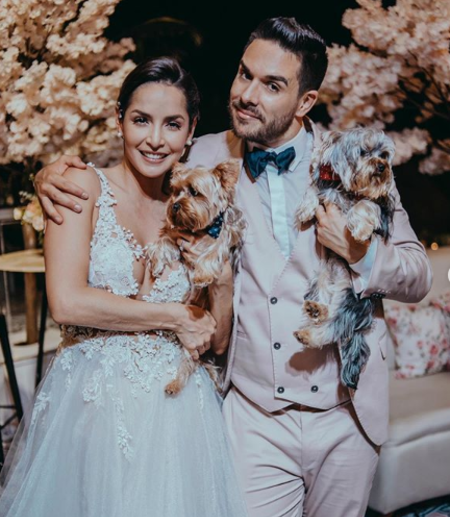 The bride walked down the aisle wearing a beautiful white gown designed by Jorge Duque. It was made in a last minute. Her beauty was further enhanced bu a long veil. Her wedding dress was even praised by several people on international media.

Besides, the groom likewise, was waiting his soon-to-be-wife on pink suit.

Activities During Their Celebration

Carmen Villalobos and her companion Sebastián Caicedo's wedlock was held on the afternoon as per the photographs they uploaded on their social accounts. The actress' father had passed away two years ago, therefore, her mother took her at the altar. 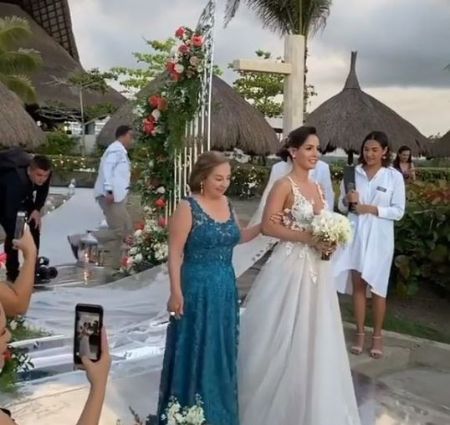 Carmen Villalobos walked down the aisle with her mother SOURCE: Instagram (@cvillaloboss)

The guests were entertained by a number of dancers and further 'potpourri of songs' replaced the traditional balls of the bride and groom. At the same time, they also performed a dance. On the starting of their wedding, a song titled 'Enter my life' of the Mexicans 'Sin Bandera' was played. 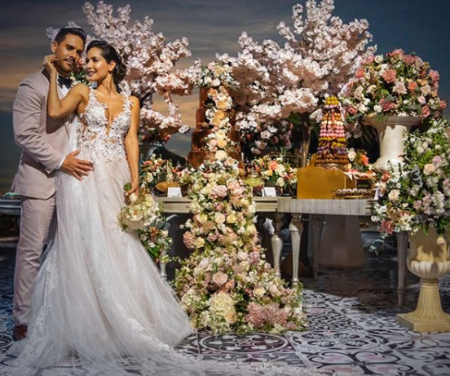 Further a great show of artificial games was also held. Moreover, the couple also did a live performance and dedication to their family, friends, and other members who attended the ceremony.

She Is A Wealthy Actress!

Miami Life Awards nominee, Carmen Villalobos, makes a fruitful income from her prolific career as an actress. Her net worth is $4 million as of 2019.

In 2018, she played the role of Lupe del Mar in the film El fantasma de mi novia. Villalobos shared the screen along with William Levy, Francisca Lachapel, Fausto Mata, and others.

The actress plays in the hit TV series Sin senos sí hay paraíso as Catalina Santana / Virginia Fernández since 2016. She previously appeared in the series from 2008–2009. An average annual salary of an actress in the United States is $56502.

Besides acting, Villalobos also amasses hefty bucks from her modeling career. A model in the United States earns a salary of around $125457 annually.