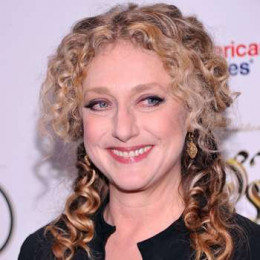 American screen and stage actress Carolyn Laurie Kane is known best for her films like the Hester Street and Annie Hall. She also appeared on television series like Taxi and as Madame Morrible in the musical Wicked. She was born in Cleveland, Ohio to parents, mother Michael and mother Joy. She was enrolled in the Cherry Lawn School and the Professional Children’s School for her studies.

Carol currently seems to be single and even if she is not, she seems to be doing a pretty good job of hiding the details about her personal life from the public.

Carolyn Laurie Kane was born on 18 June 1952 in Cleveland, Ohio.

She gained wide recognition and Oscar nomination for her role in the 1970s movie Hester Street.

She played the leading role on the Netflix original series Unbreakable Kimmy Schmidt from 2015 to 2019.