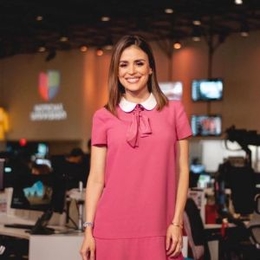 Carolina Sarassa is an award-winning Colombian-American journalist who has been mesmerizing audiences with her talents on television for years. Having worked for prestigious news channel companies like MundoFox and NBC TELEMUNDO, she is currently a news correspondent for Univision Communication Inc.

Is the Versatile Journalist Carolina Sarassa Married? If So, Who is Her Partner?

Carolina Sarassa is blissfully married to her husband, Andres Chacon, of many years. Her spouse Andres is a senior marketing manager at NBC Telemundo Deporters.

After dating for a long time, the duo decided to get hitched. Subsequently, the pair walked down the aisle in the gathering of their family and close ones on October 13, 2011. The Univision Communications news reporter has been living happily married with her hubby Andreas since that day. 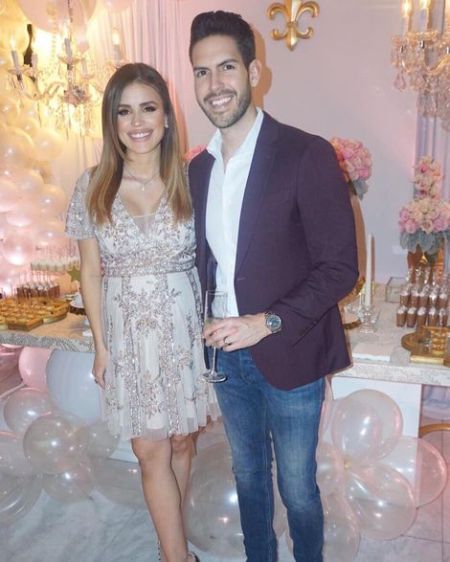 On February 02, 2019, Sarassa and Andres welcomed their first child, a baby daughter named Chloe Sophia. After becoming a mom, she exclaimed her joy by posting a picture on her Instagram. On October 5, 2019, the lady shared the pictures of her daughter's baptism ceremony.

A handsome and responsible husband and an adorable kid, along with a respectable job, what else could she ask for? We hope she and her family are happy the same way in the future too! 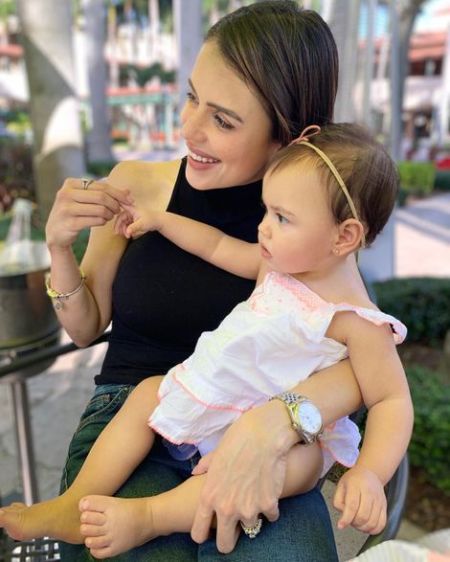 Carolina Sarassa's Net Worth And Works

In her 15 years of career in the news reporting and anchoring field, she's worked in many reputed news channels such as NBC TELEMUNDO, MundoFOX, and Univision Communications Inc. As someone who has been serving in journalism for many years, she is certain to receive a hefty payroll from her contributions.

Has Written a Book

Apart from being a news anchor and reporter, the three-time Emmy award winner is also an author and holds a book under her belt.

Sarassa's book is titled "Dancing on Her Grave: The Murder of a Las Vegas Showgirl." The book is about a real-life story of a Las Vegas showgirl, Debbie Flores, who her boyfriend brutally murdered in December 2010. The book costs $9.99 on Amazon.

To read more celebrity News and Biography, check out our website, Married Wiki!!

Carolina Sarassa and Andres Chacon walked down the aisle in April 2011 in an intimate ceremony held among their close friends and families.

Journalist Carolina Sarassa is currently married to Andreas Chacon. Her partner is a senior marketing manager at NBC Telemundo Deporters.

Carolina Sarassa and Andres Chacon welcomed their first child as a daughter, Chloe on February 2, 2019, after eight years of their marriage.

Carolina Sarassa and her spouse Andreas Chacon's first child is Chloe Sophia whom they welcomed on February 02, 2019.