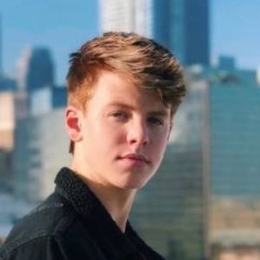 Carson Lueders is a prominent American singer-songwriter and YouTube star. Besides, Lueders is widely recognized for hit songs like 'Make You Laugh,' 'Feel Good,' 'Beautiful,' and 'Bae Back.'

Is Carson Lueders in Relationship With Anyone?

To everyone curious about the 20-years old Carson Lueders's relationship status, the American singer-songwriter is not dating. As a matter of fact, Carson is possibly single as of now. However, there was news of his love life in the media. 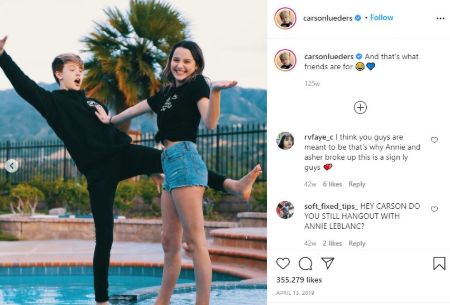 Well, Carson was rumored to have been in a relationship with Anne LeBlanc. But Anne confirmed them to be just friends. As handsome & incredibly talented as he is, there is no doubt many girls would fall for him. Well, all the best to those who want to have a go at him!

Having said that, Carson might be more focused on building his career at the time rather than being interested in love and romance. Outside of his singing, the guy is spending a happy life with his family and friends. Carson currently lives in his home in Washington City.

Having a great interest in music, Carson Lueders first began to sing in church. Then, Carson gained early exposure to fame after joining YouTube on July 30, 2008, with his self-titled channel. The first video on his YouTube platform was him singing the song 'Hound Dog' at six years old.

Check out the hit song 'Beautiful' by Carson Lueders.

In 2013, Lueders' profile got a huge boost after his performance with Keith Urban on the View and quickly amassed a sizable fanbase. Carson released his hit single 'Beautiful' in 2014 with its music video amassing 7.6 million views to date. His other famous songs are 'All Day, 'Make You Laugh,' 'Have You Always,' 'Bae Back,' 'Feels Good,' & 'Try Me.'

With his incredible voice & god-given talent, Carson successfully crossed more than 1.18 million subscribers followed by over 1.7 billion views on YouTube. Carson, who began posting the cover songs online of artists like Justin Bieber and Taylor Swift, gains immense wealth from his musical career. At present, Carson's networth is estimated at almost $1 million. 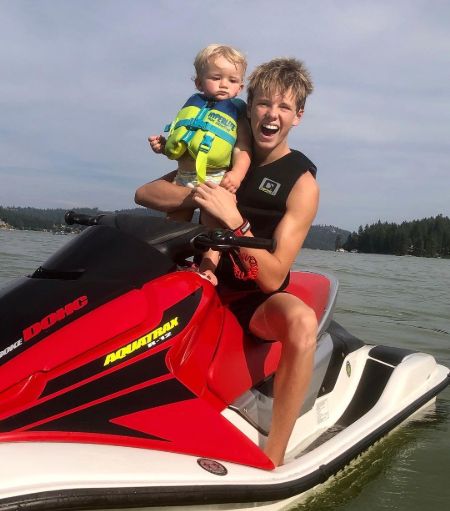 For more interesting Biographies of your favorite celebrities, stay updated with Married Wiki.