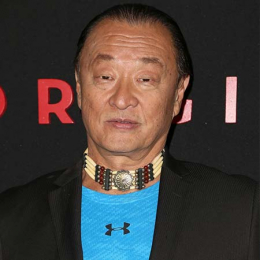 American-Japanese actor, Cary-Hiroyuki Tagawa is a multitalented actor, producer and martial artist known for his appearance in The Man in the High Castle, Heroes, and Baywatch: Hawaiian Wedding. In addition, he also voiced in the video games including Solider Boyz, Batman: Rise of Sin Tzu, and Mortal Kombat 11.

Is Cary-Hiroyuki Really Single After Divorce with Sally Tagawa?

Cary-Hiroyuki Tagawa is probably enjoying his single life in his late 60s. At present, he does not have a partner in crime and his relationship status is questionable until finding true love.

The veteran actor, Tagawa prefers to keep his dating affairs and relationship away from the limelight and wants to keep those details within himself. Most notably, Cary is way more close to Deidre Madsen, Santa Monica based actress, writer, and film producer.

The two attended a Red Carpet Event during the promotion of "Hand of God" 25 August 2015 and had a photo clicked together. That's not all, they even became part of High Castle premiere.

Furthermore, he concentrates on his career and profession rather than spending his time cozying up with some girl and also loves to invest his time in the company of his family members and colleagues.

Despite Cary's successful and wonderful career in the entertainment industry, he never had such a pathway in a relationship before. The father to three kids currently resides in San Diego, California.

Cary-Hiroyuki Tagawa has married his long-term girlfriend Sally Tagawa. The former love birds' intimate ceremony was held in the presence of their close friends, family members, and well-wishers. But, as their relationship got older, their bonding did not work and made them end their marriage relationship in 2014. 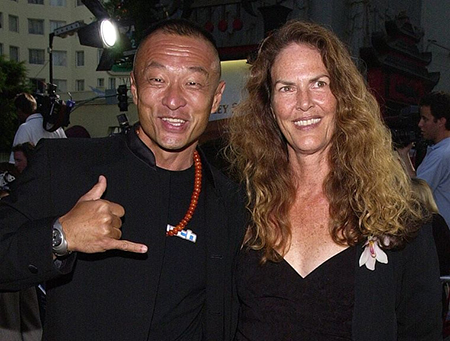 Cary Hiroyuki and his beloved spouse, Sally were blessed with the bundle of joys, their children, Calen Tagawa, Brynne Tagawa, and Cana Tagawa. After their separation, it was rumored that he was in a romantic relationship with Illiana Fischer.

Additionally, news had it that the Japanese-American actor once tied a knot with the beautiful diva in his life, but there was no proof of the topic neither the rumored pair opened up regarding the issue.

Cary-Hiroyuki Tagawa's Net Worth: How Much Does He Earn?

Cary-Hiroyuki Tagawa assembled an impressive pile of green-dollars,  $10-$20 million for his effort and dedication to his works. Some of his movies with box office collections and production budgets are listed below:

Tagawa landed his role in the television series Lost in Space as Hiroki Watanabe, which includes stars Guy Williams, June Lockhart, Mark Goddard, Billy Mumy, and Jonathan Harris. The salaries of his cast members per episode in season 3 are  listed below:

Cary, however with his experience in the field and quality acting, he definitely earns within the similar of his other cast members. As the median salary provided to television and movie actor is $39.84 per hour while some popular actor can earn more than $100 per hour or above $100,000 per year for their contribution on their projects.

Cary-Hiroyuki Tagawa was born in Tokyo, Japan, on September 27, 1950. His father is a former US Army officer and mother is an actress. Furthermore, he completed his schooling from Durate  High School and attended the University of Southern California.

Tagawa professionally is an American and Russian actor, sports physiologist and martial artist and stuntman, who landed his role in numerous series and movies such as Star Trek: The Next Generation("Encounter at Farpoint"; 1987), Thunder in Paradise (1995), Nash Bridges(1996), Baywatch: Hawaiian Wedding (2003), Heroes (2007) and The Man in the High Castle (2015).

Calen Tagawa is the youngest child among Brynne Tagawa and Cana Tagawa.

Brynne Tagawa is the eldest child among Cana Tagawa and Calen Tagawa.

Cana Tagawa is the second child of Cary-Hiroyuki Tagawa and Sally Tagawa.