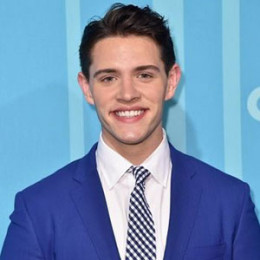 Casey Cott is an American actor most known for his roles as Kevin Keller on the CW series Riverdale. He is also known for being the younger brother of a leading Broadway actor Corey Cott who starred in Disney stage musical, Newsies.

Cott joined Carnegie Mellon University College of Fine arts. Before that, he joined Boston University. He is the brother of Carly Cott and Corey Cott.

Cott appeared in local Ohio productions of Bloody Bloody Andrew Jackson and Romeo and Juliet. He was also the cast member of the play Parade at the New Hazlett Theater in Pittsburgh. He attended the classes at CMU and worked on a University theater production.

In 2016, he played Moses in the premiere concert and read Stephen Schwartz's newest musical project titled The Prince of Egypt at the bay street theater in sag Harbor.

During his final year at the CMU, he was cast as Kevin Keller on the CW drama series titled Riverdale which was adapted from the Archie Comic Universe. Due to his status of being the first openly gay character in the history, he was notable. For the second season, he was promoted to the series. He has also featured in Sabrina Carpenter's music video.

The popular actor is currently dating Stephanie Styles. The pair has been together for a long time and according to rumors, the duo knew about each other since their early childhood.

The girlfriend-boyfriend are usually sharing pictures on Instagram without any specific captions. Both of them haven't made any public announcement of their relationship status.

Casey Cott is living a luxurious life. His net worth is reported to be around $100 thousand. He has appeared on numerous shows and it is expected to increase in the future.