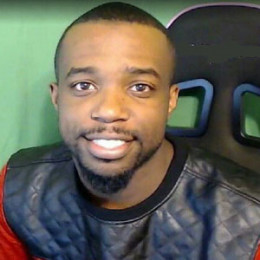 Cash Nasty is a famous American YouTube star and social media personality, who is the owner of WhatChaMaCalling and CashNastyGaming. He rose to a fame from his raging videos and other videos that he posted on his YouTube channel. He is in a relationship with his longtime girlfriend Ashley, who is also a part of his YouTube channel video.

Cash Nasty was born on 4th December 1990 and grew up in the city of Vidalia, Los Angeles, USA. From childhood, he used to make funny acts and make everyone laugh. He belongs to African-American ethnicity.

During school days, he used to participate in different competition program and show his creative comedy act. He also won a State Art Competition in lower elementary school. After completing his education, he worked as an Assistant Manager in Wal-Mart.

He loves to play video games, NBA 2K, along with his friend, Chris Smoove for their respective YouTube audience in CashNastyGaming.

Moreover, he has started a new YouTube channel, CashNAshVlogs, along with his girlfriend, Ashley.

Cash is in love relationship with girlfriend, Ashley (Ash). The couple has got their own YouTube channel, CashNAshVlogs, where the duo shares their videos of cooking, going on a drive and carrying out other activities in the channel. The couple has been together for nine years and now they live together.

Nasty is also a kind-hearted person and is involved in different charitable activities as well. Once he shaved his head while appearing for homeless children and updated the video on YouTube.