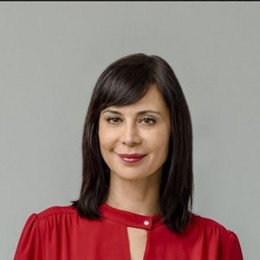 Born in London, England Catherine Bell is mostly known for her roles as 'Major Sarah MacKenzie' in the television series 'JAG' and as 'Cassandra "Cassie" and Nightingale' in Hallmark's 'The Good Witch' series. She is currently in a lesbian relationship with girlfriend, Brooke Daniels.

Catherine Lisa Bell is known as just Catherine Bell was born in 1968, August 14th, in London, England to a Scottish father Peter Bell and an Iranian mother Mina Ezzati. Her father used to work as an architect who signed a contract with an oil company in Iran.

However, Mina had emigrated to London to study nursing. Later, however, Catherine's parents got divorced and she was raised by her mother and grandparents. Catherine is British by nationality, moreover, she is of Scottish and Persian ethnicity.

Catherine Bell was exposed to different influences while she was growing up. She and her family used to speak Persian in their home. Her grandparents were Muslim, however, she was also raised with Catholicism believes and had also attended a Baptist summer camp. And during her teenage years, she came under the influence of her Californian surroundings. 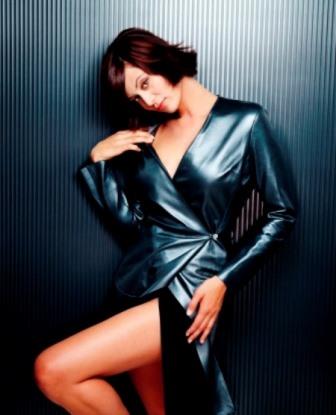 Catherine had joined the University of California, Los Angeles for the degree in research and medicine. However, she later dropped out of the University when she was offered a job as a model by a Japanese company and soon after, joined Beverly Hills Playhouse to learn acting alongside Milton Katselas.

Catherine Bell at first worked as a massage therapist and later she debuted in the acting field through the short-lived sitcom 'Sugar and Spice'. However, her more memorable role came in the series called 'True Colors' Episode 2 'Brotherly Love' as Donna.

Catherine later got her big break in the year of 1995, when she got the leading role of Sarah MacKenzie in the successful series 'Jag' alongside Andrea Parker which aired from 23rd September 1995 to 29th April 2005.

She had done other notable work such as lending her voice in 2005's 'Babak and Friends: A First Norooz', in the same year she played in the three-part miniseries called "The Triangle", and made a regular appearance in 'Army Wives' from 2007 till the series end in 2013.

And later in 2008, she bagged the role as 'Cassandra "Cassie" Nightingale' in the fan-favorite TV movie 'The Good Witch' and its other spinoff series called 'Good Witch' which premiered on February 28, 2015. The show ended its fourth season, which aired from April 29 to July 1, 2018.

Right after the fourth season's finale, Hallmark aired a teaser for a two-hour Halloween special, which had aired on October 21, 2018, and the fifth season is said to be starting in April of 2019.

Catherine’s current estimated net worth is around $15 million. She was a cast member of numerous commercially successful hit movies and as well as TV shows. Her major source of income is her acting career from where she collects massive bucks.

Moving onto her personal life, Catherine Bell is a divorced woman who is currently in a romantic relationship with a lesbian woman Brooke Daniels a fellow Scientologist, photographer, and a party planner as well. According to some sources, she is living with her in Los Angeles, California.

Previously, she was married to an actor, Adam Beason, on May 8, 1994. Catherine and Adam had two children in their marriage, they have a daughter named Gemma Beason, born 2003, and a son named Ronan Beason, born 2010. 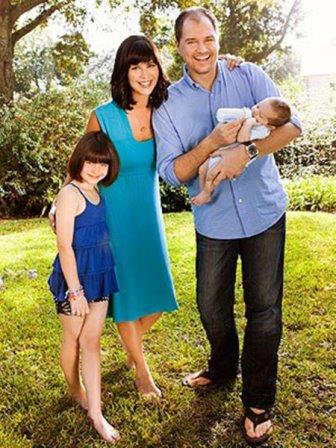 However, because of the problems in their personal life, the couple decided to split off and they got divorced in the year 2011. Currently, she maintains a low key life, furthermore, no information about her past affairs has been made public.

On the other hand, Catherine seems to be an active user of the social network, the beautiful lady has a huge fan base following on her social media accounts. Currently, she has over 99k followers on her Instagram and on her Twitter account has over 77k followers.

Catherine Bell is currently 50 years old and has a slim body type with dark hair, and eyes. She stands in the height of 5 feet and 5 inches and weighs 67 kg. She has 34D bra size and the body measurement of 34-24-35 inches.

Gemma Beason is firstborn of Catherine and Adam she was born in 2003.

Ronan Beason is the youngest of Catherine and Adam he was born in 2010.