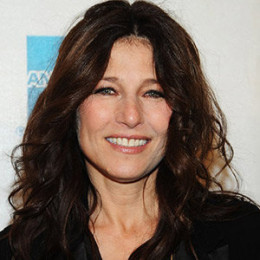 Catherine Keener, an American actress, is currently single. She was born to mother Evelyn and father James Keener. Catherine attended Wheaten College in Massachusetts where she began to develop her interest in acting. She quit a photography class to take a theater ensemble class in which she was involved in its stage production of "Uncommon Women and Others." Catherine is well known for her role of 'Maxine' in the 1999 film "Being Jhon Malkovich".

Catherine Keener had her first movie appearance on "About Last Night." Keener has been nominated for a Best Supporting Actress Oscar twice, in 2000 for "Being John Malkovich", and in 2006 for her role as Harper Lee in "Capote". She was previously married to actor Dermot Mulroney and has a son with him. Keener has not confirmed anything about her current relationships status. She has not been a part of any kind of rumor or controversy.

Catherine Keener got married to actor Dermot Mulroney in 1990. The couple has been blessed with one son.

Clyde is the only child of Keener. There is not much information about him except a few pictures.