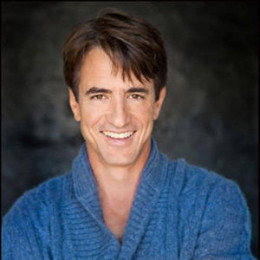 Dermot Mulroney, an American actor, and musician is currently married to Tharita Cesaroni since 2008. He was born to mother Ellen and father Michael Mulroney, a law professor. Dermot completed his high school studies from T. C. Williams High School and later graduated from the Northwestern University in 1985. At the age of seven, he started playing the cello and started performing with youth orchestra and community theater groups.

Dermot Mulroney was born on 31 October 1963 in Alexandria, Virginia to Michael Mulroney and Ellen B. Mulroney.

Later, he studied communication at Northwestern University and graduated in 1985.

Dermot Mulroney is best known for his roles in the films "Young Guns", "Where the Day Takes You", and "My Best".

His other works include in the movies Sunset, Insidious: Chapter 3, Careful What You Wish For, The Rambler, Big Miracle, J. Edgar, Zodiac, The Family Stone, Must Love Dogs, etc.

He portrayed the role of the main antagonist Francis Gibson in NBC's Crisis, Dr. Walter Wallace in Pure Genius and Sean Pierce in Shameless.

His net worth is estimated to be about $11 million as of January 2019.

Dermot has been married twice. He has three children, one son from the first wife, Catherine Keener, named Clyde Keener Mulroney (born June 21, 1999) who is a singer and two daughters from the second wife, Tharita Cesaroni namely Sally Mulroney and Mabel Ray Mulroney.

He was previously married to his first wife in 1990 after the two met in 1986 while playing Survival Quest.

He tied the knot to his second wife Catulle in 2008.

Mulroney married the actress Catherine Keener in 1990 .The couple separated in May 2005 and they divorced 2007. They have two children.

Dermot Mulroney and Tharita Cesaroni got married in 2008 after dating for a year. They have two daughters together.

Clyde is the first son of Dermot. He is a musician. There is not much information about him.

Mabel is the first child of Dermot with his second wife. There is not much information about her except a few pictures.

Sally is the youngest child of Dermot. There is not much information about her except a few pictures.