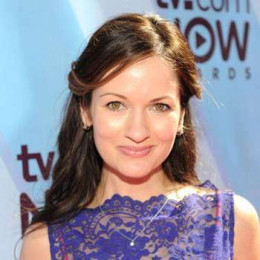 Catherine Taber is an American actress and is best known for her roles in the Star Wars Franchise. She has appeared in several films, TV series and video games. She is in the profession since 1997. She grew up in Georgia. Her debut film was The Girls’ Room. She started the organization Games For Soldiers which accepts donations of video games and comic books that she sends to troops deployed in Afghanistan and Iraq.

Currently her relationship status is single. Rumours of her having boyfriend and her dating history are in media and public places. They are not the fact but many of her fans must be dying to date her and spent time with this beautiful lady. She loves her profession and dedicates her time to it. She is planning to marry in near future if she gets her dreamboy.