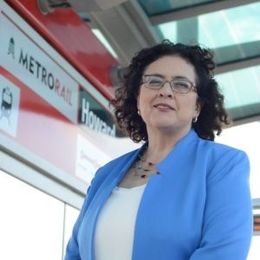 Celia Israel is an American politician who represents the 50th District in the Texas House of Representatives since 2014. Besides this, Celia identifies herself as a part of the LGBTI community and is an activist herself.

What is the Relationship Status of Celia Israel?

The licensed Texas realtor Celia Israel gained the limelight after being a Texas House of Representatives from the 50th district succeeding Mark Strama in Jan 2014. But is the 57-year-old politician married? 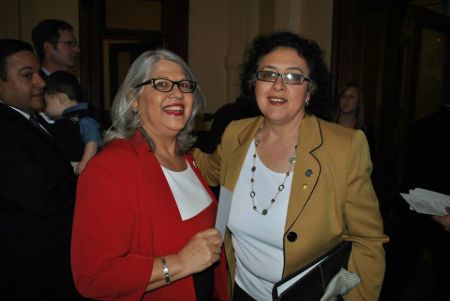 Coming to her relationship status, Celia Isreal enjoys a romantic relationship with her long-time partner of 26 years, Celinda Garza. The two started dating in 1995 and have been inseparable ever since. Well, Celia is a part of the LGBTI and identifies herself as a lesbian.

In July 2021, Israel was all set to marry her partner Celinda on the Housefloor to show love for Texas. Israel said, "We've had a lot of battles and it would have been really cool to get married on the House floor as a gay couple." 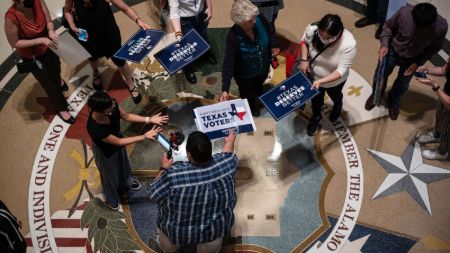 But, those wedding plans took a halt after House Democrats fly out of Texas to Washington DC, breaking quorum & stop Republican-led efforts to change statewide voting laws. The couple also planned for a country music festival to celebrate. Further, Celia told in an interview that the couple would reschedule the wedding on the House floor.

As for 2021, the long-time openly LGBTI state legislator Celia & Celinda enjoys a blissful same-gender relationship. But, the lovebirds are yet to take their romance to the next level with marriage. Nonetheless, Celia relishes a sound life and, together with her partner, and resides in Northeastern Travis County. The lovely duo also owns cute dogs, namely- Pippa and Libby.

Celia Israel began her career in 1986 as Governor in Ann Richard's Administration. There, Israel recruited the best candidates for the public service. In January 2014, the lesbian lawmaker got elected in January 2014 and represented House District 50 in the Texas Legislature. Mainly, Israel works on the House Committee on Homeland Security & Public Safety.

Check out the video of Celia Israel's reaction to a same-sex relationship below.

Additionally, Celia also served on the House Committee on Election, focusing on public safety and making voting easier for Texas people. As for now, Celia also serves as Vice-Chair of the Texas House Democratic Caucus overseeing steering and policy committee.

Coming to the networth of the Texas House of Representatives, Celia has summoned the staggering $2 million bagged from her service to numerous boards and committees. Not to mention, Israel also contributed to multimodal transportation, food scarcity, and empowering the next generation of female leaders. For the service, Rep. Israel got inducted into the Austin Women's Hall of Fame in 2018