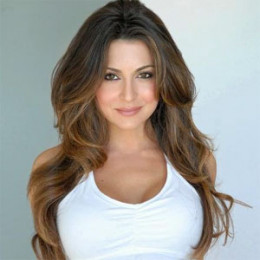 American actress and writer, Cerina Vincent is popular for playing Maya the Yellow Galaxy Ranger in the television series 'Power Rangers Lost Galaxy'. She graduated from Durango High School in 1997. In 2001, Vincent appeared in the feature film spoof Not Another Teen Movie as the foreign exchange student Areola, who appears throughout the entire film nude.

Cerina Vincent was previously married to Ben Waller on 13th December 2008 and divorced on 13th June 2013. She has written three books with Jodi Lipper and writes a regular column for The Huffington Post. In 2008, she appeared in Toxic as Malvi, the independent film entitled 'Just Add Water' as The Mrs., and in Fashion Victim as the TV Reporter. Vincent has also appeared on CSI: Crime Scene Investigation, Palmetto Pointe, and Sex, Love & Secrets.

Cerina Vincent was previously married Ben Waller on 13th December 2008 and divorced on 13th June 2013. The couple were together for six years.