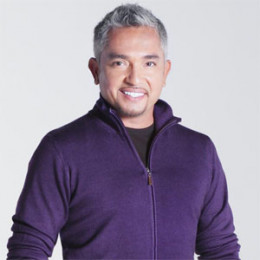 Cesar Millan is a Mexican-American dog behaviorist with more than 25 years of experience. He is one of the best-known dog trainers. He came to the United States in 1990 with an aim of becoming a great dog trainer. His television series Dog Whisperer with Cesar Milan was nominated for Emmy awards. He was also honored with many awards like people's choice awards and Imagen awards His show was broadcasted in more than eighty countries worldwide.

Cesar Millan was born on 27 August 1969 in Culiacan, Sinoala, Mexico. He is the son of Felipe Millan Guillen and Maria Teresa Favela. Millan grew up working on the farm in Sinaloa where he started his lifelong relationship with dogs. With the strong bonding with dogs, he eventually got a nickname,  "El Perrero" which means "dog man".

When Millan was 21 he made his way entering the United States illegally without a visa and barely knowing English. To support himself financially, he did numerous jobs like working as a car washer and a dog groomer. When he worked as a dog walker in Los Angeles, he finally gained success in handling all kinds of dogs.

After doing many jobs he finally opened up his first training facility named as The Dog Psychology Center of Los Angeles in 1998 which was aimed to handle difficult dogs. His center attracted some big Hollywood faces Actress Jada Pinkett-Smith and Director Ridley Scott as his clients.

Millan starred in a reality television show the Dog Whisperer which was released on September 13, 2004. During his show, he rehabilitated hundreds of lazy, scared, aggressive dogs. Millan was nominated for the Emmys in 2006, 2007 and 2009 for his outstanding work on the show. He also won Imagen Award for Best Variety or Reality Series in 2008. He also won the People's Choice Award in 2010 for Favourite Animal Show.

The show was National Geographic's No. 1 show during its first season. He was invited in many talk shows such as Late Night Show With Jimmy Fallon, The Today Show, The View and The Daily Show With Jon Stewart. The show's final season was aired on September 15, 2012.

His training facility which was in Los Angeles later moved to Santa Clarita stretched which spreads across 43 acres which included a sheep herding area, swimming pool, agility course, and hiking trails. In the year 2009, he launched Cesar's Way Magazine in the US and Canada where he gave, many articles about the relationship between dogs and humans.

Cesar Millan married Ilusion Wilson in 1994. The couple was blessed with their first son Andre in 1995 and their second son Calvin in 2001. The family lived in Los Angeles, California, USA. In June 2010, his wife filed for divorce seeking primary physical custody of their children.

His wife also demanded their financial support where Cesar should give $23,000 to his wife per month and $10,000 for their sons. Unfortunately in May 2010, Millan's dog "Daddy" died and his wife filed for divorce. Millan attempted suicide however, he survived.

After the divorce of him and his wife, Millan met Jahira Dar who is from the Dominican Republic. The couple started dating in 2010 and after sharing a relationship for 6 years, Millan finally proposed to her on March 24, 2016, in Athens, Greece.

Cesar Millan is a successful dog behaviorist, author, and TV personality. According to the Richest, Cesar Millan's net worth is estimated to be around $25 million. The TV personality owns a house in the San Fernando Valley which cost about $2.783 million. Cesar Millan bought his LA house for $1.625 million and is now on sale for about $1.8 million.

Cesar Millan wrote his first three books Cesar's Way: The Natural, Everyday Guide to Understanding and Correcting Common Dog Problems, Be The Pack Leader and A Member of the Family: Cesar Millan's Guide to a Lifetime of Fulfillment with Your Dog where approximately 2 million copies were sold earning $2.6 million.