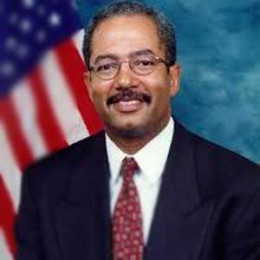 Chaka Fattah was originally born as Arthur Davenport on November 21, 1956, in Philadelphia, Pennsylvania, USA. He was adopted by David and Falaka Fattah, the community activists of West Philadelphia. He grew up with his five brothers and was the member of The Alpha Phi Alpha Fraternity.

Chaka attended Overbrook High School and the Community College of Philadelphia whereas got the degree in MGA from the University of Pennsylvania.

Following the path of his parents, he held the conference entitled Graduated Opportunity Initiative in 1987 to increase the enrollment of under-represented students, graduating in Math, Engineering, Technology, and Sciences. He actively participated in community activist work after that. He along with his parents are planning to build urban boys town through Their organization, The House Of Umoja.

As a politician, he received several awards including ten honorary doctorates and University of Pennsylvania’s Fels Institute of Government Distinguished Alumni Achievement Award. He is listed as one of the 50 most promising leaders in the country in Time Magazine. In 2002, he was listed among the Best Dressed Legislators by the politics PA due to his superiority in Haberdashery.

Fattah is married to Former co-anchor of the WCAU NBC10 News Renee Chenault. Renee is the third wife of Fattah. The couple is raising four children together namely Frances, Chaka, Cameron, and Chandler.

Chandler Fattah is the couple's daughter together whereas Cameron is his stepdaughter from Renee's previous marriage. Chaka and Frances are his children from second wife, Patricia Renfroe.

Well, Chaka has not shared much about his first two marriages. Currently, he is living a happily married life with Renee with no signs of getting a divorce.

Being one of the popular politician Chaka earns a good sum of money from his career. His accumulated net worth in 2017 is estimated to be $200 thousand. Hence it is a certain fact that with the amount of money he earns he lives a lavish life along with his family.

Chaka Fattah married former co-anchor Renee Chenault in the year 2001, April 7. The couple is blessed with one daughter,

Frances is the daughter of Chaka Fattah and his previous wife. Renee is the stepmother of Frances

Chaka is the son of Chaka Fattah and stepson of Renee Chenault.

Cameron is the stepdaughter of Chaka Fattah. She is the daughter of Renee from her previous marriage.

Chandler Fattah is the daughter of Chaka Fattah and his wife Renee Chenault.