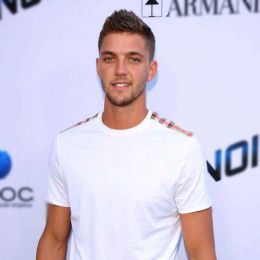 Chandler Parsons, 29, is an American professional basketball player who currently plays for the Memphis Grizzlies. He started playing for the Memphis Grizzlies since 2016 and performed at his best. He used to play for the University of Florida during his college days, and in 2011 he was drafted by the Houston Rockets in the 38th overall pick in NBA draft.

Chandler Parsons was born on October 25, 1988, in Casselberry, Florida. Nationality-wise, he is an American and belongs to the White ethnicity. His birth sign is Scorpio.

Because of his athletic skills, he got a scholarship at the University of Florida in Gainesville where he played from 2007 to 2011 under coach Billy Donovan. He played around 36 games during his freshman games and average 8.1 points per game and 4.0 rebounds per game. In 2011, he was honored with SEC Player of the Year and became the first Florida Gator to receive that honor.

Parsons was selected to the All-America fifth team by Fox Sports and he completed his graduation in telecommunications from Florida.

Chandler Parsons began his professional career in 2011 when he was selected by Houston Rockets. In September 2011, he signed a short-term contract with Cholet Basket of France and played three games, but soon he parted ways.

He signed a contract with Houston Rockets in December 2011 and in 2011-2012 NBA season he was named to the NBA All-Rookie Second Team. He made the highest score of 32 points in 2013 along with 3 rebounds and 3 assists and made 12 to 13 field goal attempts.

In 2014, Parson succeeded to set the new NBA record by making three-pointers in the first half and 34 points in the games. The same year he signed a contract with Dallas Mavericks. In his first game with Mavericks, he recorded 5 points on 2-of-10 shooting in addition to 4 rebounds and 2 steals.

In 2015, he made a comeback after recovering from sprained left ankle and knee injury. He performed at his best and won many matches for his team. On March, he took a short break from basketball because of his right knee surgery.

After finishing his contract with Mavericks he signed a multi-year contract with the Memphis Grizzlies on July 7, 2016, but he didn't play the first six season game because of his knee surgery. He made his debut for Grizzlies after five months of his involvement against Portland Trail Blazers.

Chandler Parsons is possibly single at the moment but previously he was linked up with many female celebrities. In 2011, he had a romantic relationship with Robyn Crowley but the couple couldn't handle their relationship and split in 2013.

In 2014, he was romantically involved with American singer, Christina Perri but soon they broke up and later he had an affair with Victoria Secrets model, Toni Garrn.

In 2017, rumors flew about his affair with Bella Throne when she attended his game, but no official confirmation has come yet. He also was linked to the reality star, Savannah Chrisley and their relationship rumors went viral when in an interview with Access Hollywood, Savannah said,

However, both Savannah and Parsons never spoke about this topic.

Chandler Parsons is one of the successful NBA players. From his successful career, he earned an impressive net worth around $25 million. His estimated average salary is $23,609,631. The Memphis Grizzlies signed him to a four-year contract in 2016 worth $94 million.