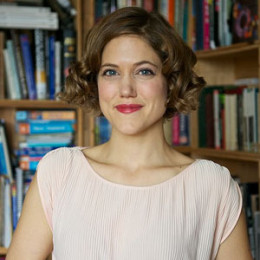 Fearless, passionate and sexy, actress, Wakefield is rising as one of the new stars of the small screen. After parts in sci-fi thriller 'Hex and Jane Eyre,' the Sussex-born actress was chosen by the BBC for the lead role in a modernized version of 'Rapunzel.'

When she was few months old, she and her mother Caroline moved to Villajoyosa, a beautiful village on the Catalonian coastline of Spain. They came back to Sussex, England when Charity was four.

Wakefield has a half-sister, Olivia Wakefield, who is seven years younger. Her maternal grandfather James Hayter was an actor and writer.

Wakefield went to Bexhill College and studied acting at the Oxford School of Drama from 2000 to 2003. After her college Charity took a year out to travel on her own around Europe, Thailand, and the United States.

Wakefield made her screen debut in (Past Present Future)Imperfect, in 2004. After that, she featured in many films and series which include Sense And Sensibility, Doctors, Fairytale, and Day of the Flowers.

For her role in the movie  'Sense & Sensibility (2008)', she bought an electric piano and learned all the songs of the film so it would look real in the movie.

Not only that Charity is also known for doing plays in the theater. Some of her work is Yesterday Was a Weird Day, The Graduate and The Three Musketeers. Her most appreciated role was in Baby with the Bathwater at the Old Red Lion.

She starred in a BBC1 production of 'Rapunzel,' in which Rapunzel is a young tennis star also appeared in 'Casualty 1907.'

In 2008, Wakefield toured in a revival of W. Somerset Maugham's The Circle at the Chichester Festival Theatre, side by side worked on the BBC comedy pilot 'Freddi.' Charity played the lead in the British film 'noir Scar Tissue'.

She worked as Mary Boleyn in the 2015 BBC2 television series 'Wolf Hall' and also appeared in the NBC drama 'The Player' with Philip Winchester and Wesley Snipes.

In January 2017, Wakefield appeared in the ITV drama 'The Halcyon,' playing Charity Lambert. Besides acting Charity can also play the violin and is an excellent soprano singer.

Charity Wakefield is engaged to David Newman, an actor whom she met while playing Elaine in 'The Graduate' in 2005. David proposed to her with a beautiful vintage diamond ring. However, they haven’t yet made specific plans for their wedding nor have decided the date to get married.

The net worth and the salary of the beautiful actress is not known as she has kept it away from the media. But looking at her lifestyle and her successful career she probably has a net worth in six digits.

Charity Wakefield is engaged to David Newman, an actor whom she met while playing Elaine in a stage version of 'The Graduate' in 2005.