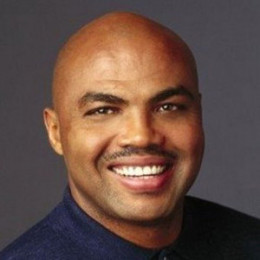 An American retired professional basketball player and current analyst on the television program, Charles Barkley is currently married to Maureen Blumhardt since 1989. He attended Leeds High School Barkley. Charles joined the U.S. Olympic team, helping the infamous "Dream Team" earn the gold medal in 1992. Charles was drafted by the Philadelphia 76ers with the 5th pick of the1984 NBA draft. He earned eleven NBA All-Star Game appearances and was named the All-Star MVP in 1991.

Charles Barkley was born on 20 February 1963 in Leeds, Alabama.

He studied at Leeds High School as a child. He attended Auburn University and majored in business management.

Barkley faced the controversy of his on-court fights with other players and has exhibited confrontational behavior off-court. He was arrested for breaking a man's nose during a fight after a game with the Milwaukee Bucks and also for throwing a man through a plate-glass window after being struck with a glass of ice.

Charles is currently married to Maureen Blumhardt since 1989 and has one daughter named, Christiana Barkley, who was born in 1989.

Charles is currently married to Maureen Blumhardt since 1989 . The couple has been blessed with one daughter.

Christiana Barkley was born in the year of 1989. She is the first child of them.