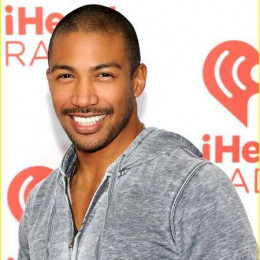 He is a professional model, photographer and actor, best known for his portrayal in The CW television drama, The Originals and for his guest appearance on Switched at Birth and Grey's Anatomy. He began his acting career after signing with the agency, Actors, Models and Talent for Christ and appeared in commercials and print ads. He was born to an African American father and Filipino mother.

Accounting his personal life, he is yet unmarried and also does not have any kids as well. As he is so talented and charming, girls fall for him just in a matter of seconds. Once he was in a relationship with a dashing model and choreographer but after breaking up with her, he hasn't been in a relationship with anyone in a public way. We can follow him on Instagram @charlesmichaeld.