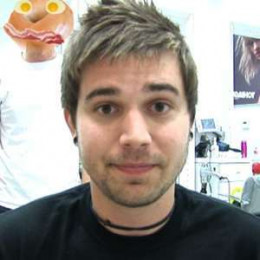 Charles Trippy is a famous vlogger known for the channel Internet Killed Television. He also runs his own YouTube channel called CTFxC and was once the bassist for the band "We the Kings" alongside lead singer Travis Clark, lead guitarist Hunter Thomsen, keyboard player Coley O'Toole and drummer Danny Duncan. Charles attended the University of South Florida before uploading his first video in 2006. He broke a Guinness World Record for longest days of consecutive vlogging in 2013 and starred on the Internet Killed Television channel with his ex-wife Allison Trippy.

Charles trippy has been in numerous relationships but none of them has sustained. Firstly, he was in a relationship with Ally Rhodes for a year. Secondly, Charles started dating Allison 'Alli' Rose Speed with whom he dated for around six years. They engaged after a year of relationship and married just after two years. The relation came to an end after two years of marriage. Recently, Charles is engaged to Allie Maire Wesenberg.

Allison 'Alli' Rose Speed is also an internet personality. They were married for three years but got separated later.