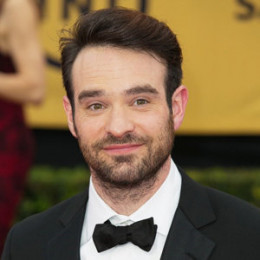 An English actor popular for his roles as Matt Murdock/Daredevil in Marvel's Daredevil TV series, Charlie Cox currently dates Samantha Thomas a producer of agents of S.H.I.E.L.D. and Jessica Jones. He is a son of a publisher, Andrew Frederick Seaforth Cox and Patricia C. A. "Tricia". Charlie educated at two independent schools they are Ashdown House School and Sherborne School. Cox has played in the role of Tristan Thorn in the 2007 film named Stardust.

Charlie Cox has been in relationships with Lynn Collins in 2004. After broke up with her he dated Kate Mara in 2008 and broke up in 2009. He has an affair with Janet Montgomery in 2014. He has a daughter but there is no information about her on social sites. Charlie has won Helen Keller Achievement Award in a category in Honoree from his movie named Daredevil for his role by the American Foundation for the Blind.

Charlie Thomas Cox was born on 15th December 1982 in London, England. He was raised in East Sussex by his parents, Patricia Harley and Andrew Frederick Seaforth Cox. His father was a publisher. He has one sibling brother, Toby Cox (born 1974), and three half-siblings from his father's first marriage: Emma Cox, Zoe Cox, and Oliver Cox.

Thomas received his education from Ashdown House School in the village of Forest Row located in East Sussex, London. Later Charlie went to Sherborne School in Dorset. Moreover, he enrolled at Bristol Old Vic Theatre School in Bristol with the intention of pursuing a career in acting.

Charlie Cox made his acting debut in 2002 with the TV series Judge John Deed playing Young Vicar in the episode Everyone's Child. Meanwhile, his film debut came a year later in 2003 in the movie dot the i playing the character of Theo.

Charlie Cox is best known for his roles as Matt Murdock/Daredevil in the Netflix TV series by Marvel, Daredevil. Besides this role, he is also known for playing Tristan Thorn in Stardust, Jonathan Hellyer Jones in The Theory of Everything and Owen Sleater in the second and third seasons of HBO's Boardwalk Empire.

Charlie Cox is in a relationship with Samantha Thomas, producer of Agents of SHIELD and Jessica Jones. The pair began dating towards the end of 2015. They welcomed a daughter in October 2016. 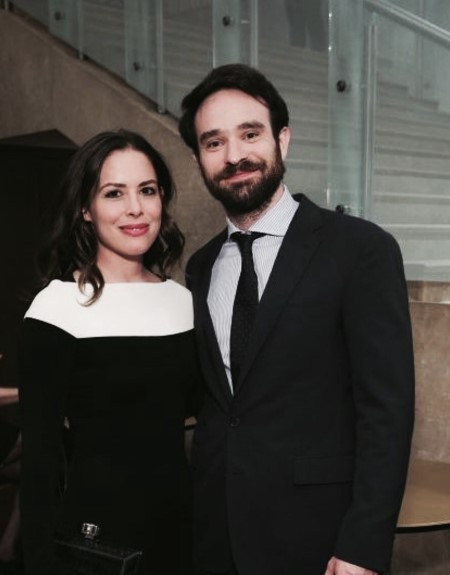 Earlier, Charlie dated True Blood star Lynn Collins back in 2004. The affair began after they costarred in the movie 'The Merchant of Venice'. However, no official confirmation emerged regarding the seriousness of their relationship.

Later in 2007, Collins got married to a fellow actor, Steven Strait causing all rumors to end. Likewise, in 2008, Charlie was reported to be dating Kate Mara, his co-star in "Stone of Destiny". However, the alleged relationship faded away in 2009 without either of them commenting on it.

Cox then stayed single for almost five years and began dating the talented British Actress Janet Montgomery in 2014. However, their relationship ended the same year.

The actor is yet to get married and he currently resides in London with his girlfriend Samantha Thomas.

Charlie Cox's net worth is estimated to be $15 million. His source of income includes his salary and earnings from his career in acting. He has an annual income of $2 million.