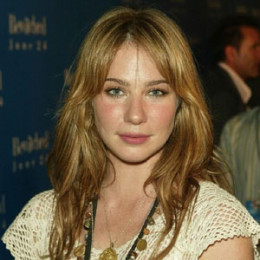 Viola Lynn Collins, better known as Lynn Collins, is an American actress famous for her roles in the movie X-Men Origins: Wolverine and John Carter. She has also played few of the TV drama series like True Blood, The Education of Max Bickford and Law & Order: Special Victims Unit. She was first married to Steven Strait but due to certain reasons, they separated. She then married Matthew Boyle. The husband and wife are blessed with a baby Asher Hendrix Boyle.

Born on 16th May 1977, Houston, Texas, U.S., Lynn Collins is a daughter of martial artists and belongs to English, Scottish and Irish ancestry. When she was four her parents moved to Singapore and lived there for six years and did her schooling from Singapore American School.

Later, she moved back to Texas and joined Klein High School there. In 1999, she received a degree in Fine Arts from Juilliard School’s Drama Division.

The following year she made debut in the movie with Never Get Outta the Boat. She also got a chance to play in the movie like Down with Love, 50 First Dates and 13 Going on 30.

Though she made appearances in different movies, her role as the hero’s love interest in the 2009 X-Men Origins: Wolverine opposite to Hugh Jackman rose her name and fame in the industry. She also appeared in the movie, The Wolverine, which released in 2013.

Moreover, she was last seen in the drama miniseries, Manhunt: Unabomber, created by Andrew Sodroski which premiered on 1st August 2017. Till now, the series has conducted 2 episodes.

First, Lynn married Steven Strait, an American actor and fashion model on 23rd December 2007. After living 4 years in a marital relationship, the husband and wife divorced in 2013.

After divorcing Steven, she married Matthew Boyle, a musician in November 2014. The couple is blessed with a baby boy, Asher Hendrix Boyle which completed her happy and small family.

After working in successful movies like The Wolverine, Lynn has earned name and fame in the industry. She has an estimated net worth of $3 million.

Lynn was first married to Steven Strait, an American actor, and fashion model better known for his role in Sky High. After living 4 years as a husband and wife, they separated in 2013.

After divorce with Steven, Lynn Collins married Matthew Boyle, a musician in 2014. The husband and wife are blessed with a baby boy Asher Hendrix Boyle.

Born in January 2015, Asher Hendrix Boyle is one and only son of Lynn Collins and Matthew Boyle.