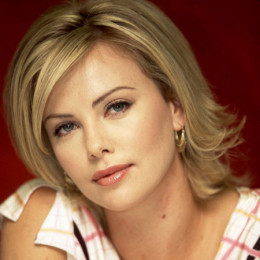 She is an actress and fashion model, known for her appearing in Monster, as serial killer Aileen Wuornos, for which she won several awards. She has won the Chicago Film Critics Association Award and the Academy Award for Best Actress for the movie Monster. She is the daughter of Gerda Jacoba Aletta and Charles Jacobus Theron and has ancestry of French, German, and Dutch.

Though she is 40 years old, till now she is unmarried and is currently single as well. It seems likes single life. She had dated lots of men in her past days, who mostly were reputed actors. Besides that she was rumored of dating actors like Keanu Reeves, Ryan Reynolds and Jeremy Renner. She also is a mother of two, boy and a girl, but both of them were adopted. Currently, she resides in Los Angeles.

Charlize has a net worth of $110 million and ranks seventh in the 2017 Forbes list of the highest paid actress. To know who ranks number one check out the video.

He is the eldest child of Theron, whom she adopted in 2012.

She is the youngest child of Theron, whom she adopted in 2015.