Home Article Gorgeous! Charlize Theron's Family Vacation in Mexico is captured in a black swimsuit. Is she Dating? Who is her Boyfriend?

Gorgeous! Charlize Theron's Family Vacation in Mexico is captured in a black swimsuit. Is she Dating? Who is her Boyfriend?

Gorgeous! Charlize Theron's Family Vacation in Mexico, is captured in a black swimsuit. Is she Dating? Who is her Boyfriend? Know about her family life and children.

She's 41 yet she still looks stunning in a swimsuit!!

Charlize Theron, the gorgeous actress was recently spotted enjoying a family vacation in Mexico, flaunting her sexy body in a black swimsuit, celebrating a romantic weekend with a mystery man.

Charlize suffered a stressful split with her boyfriend, actor Stuart Townsend back in 2010 and ever since she stepped back getting into a relationship but now it seems like she's back in the game!!

Gorgeous! Charlize Theron's Family Vacation In Mexico Captured In A Black Swimsuit. Is she Dating? Who Is Her Boyfriend?

The Trapped actress, Charlize Theron is strictly discreet when it comes to her personal life as she doesn't like sharing about it to the media and public.

And the same goes with her boyfriends and affairs. Since the split from her boyfriend, Stuart after almost 10 years of relationship, Charlize remained under the radar.

But recently, Charlize was spotted enjoying a relaxing summer vacation in Los Cabos, Mexico, wearing a sexy black swimsuit. The Aeon Flux actress was accompanied by a large group of family and friends. 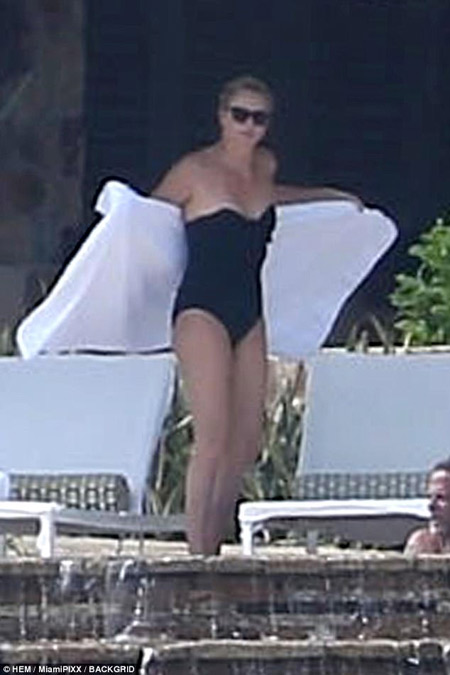 Charlize Theron flaunting her bikini body along with a mystery man
Source: DailyMail

But what caught most of the media's eyes was a mystery man sharing the pool with her and the duo shared good laugh and smiles together.

What makes you #smile? #reachout #SouthAfrica

So, the big question is, who's this mystery, man? Is he her new beau or has she already tied knots with him? It's only a matter of time to find out!

Charlize and Irish actor Stuart Townsend first met back in 2002 while filming together for the hit movie Trapped along with co-stars Courtney Love, Kevin Bacon, Dakota Fanning and Pruitt Taylor Vince. 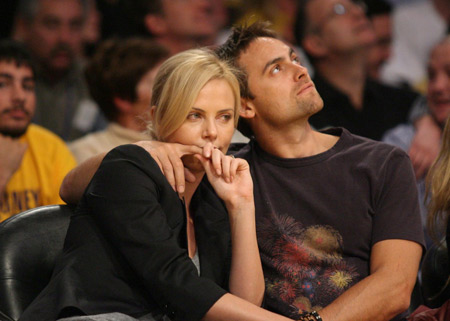 Both fell for each other and started dating after that. They were in a live-in relationship and lived together in Los Angeles as well as Ireland for many years.

During the time being, the pair also got engaged and used to call each other husband and wife though they were not legally married.

In an interview with People, Stuart stated,

"I'm married to Charlize, I didn’t do a church wedding or anything, but we’re married. We’re husband and wife. We love each other and we want to spend our lives together"

Despite their happiness, the pair couldn't make it to the end as in 2010, Charlize announced that she's no longer in a relationship with Stuart.

The pair was vacating in Mexico back in January 2010 but after returning, they finally called quits and are no longer in contact. The 45-year-old Irish actor has moved on with his life and happily married to his wife Agatha Araya since 2014.

And as for the Academy Award winning actress, she adopted two children, a baby boy in March 2012, named Jackson Theron and a baby girl named August Theron in July 2015. 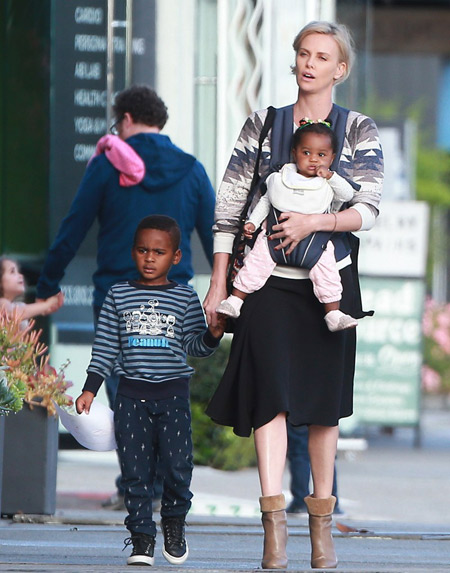 She was really excited about taking a big step into motherhood and she's doing really well raising them.

Charlize and Sean Penn started dating since December 2013 but they have known each other for quite a long time. The perfect pair was madly in love and all of their fans were certain that they would end up together.

They got engaged in December 2014 on a trip to Paris and a grand wedding was just a few months away for the couple. 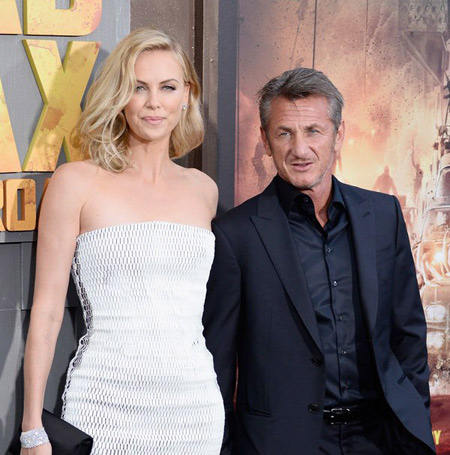 In January, Sean legally adopted Charlize's son, Jackson Theron and started a beautiful family together. However, their relationship started going through rough patches and they got separated calling off their official engagement.

Despite the bitter split, the estranged pair is still on good terms. An inside source stated,

"The friendship was and is always there but the romance has fizzled, hence her making the decision to call it off. While Sean is very tied up in his philanthropic work, Charlize needs someone who can keep up with her energy. Both Charlize and Sean are incredibly career-minded people but they’re just in different places with things. Luckily, they’re able to keep friendly." 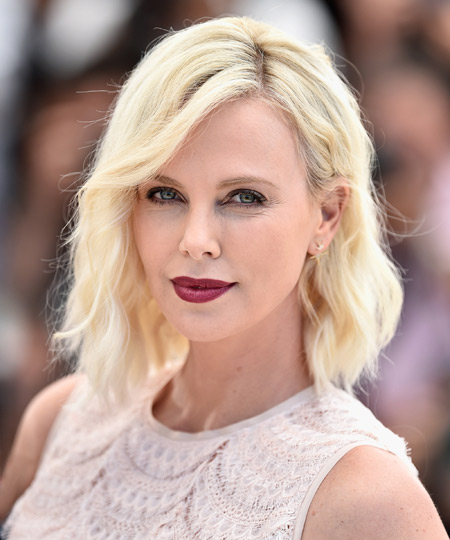