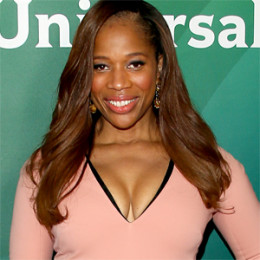 Charrisse Jackson- Jordan is best known for her best appearance on the reality TV series, "The Real Housewives of Potomac". In 2016 she made her debut on the Bravo reality series in the first episode.

She has also worked in the non-profit organization. She won the D.C. Dancing Stars Charity competition in 2014. She has been married to Eddie Jordan and blessed with two children, one son, and one daughter.

Charrisse Jackson-Jordan stepped into the world on July 16, 1965, in New Jersey, United States. From Morgan State University in Baltimore, she received the undergraduate degree in telecommunication. After receiving the undergraduate degree, she returned to the Garden State where she worked as a teacher and a site facilitator for after-school programming in New Brunswick.

The star of The Real Housewives of Potomac Jackson is also the stars of new city franchise. Formerly she was the president of Behind the Bench, the National Basketball Wives Association. Furthermore, she has worked in a non-profit organization such as Men Against Breast Cancer, Knock Out Abuse, N Street Village.

Jordan won the DC's Dancing Stars competition for charity in2014. She has appeared on Bravo's The Real Housewives of Potomac with Gizelle Bryant.

She has been married to former NBA player and Coach Eddie Jordan. The duo tied a knot in 1997 after dating for a certain time. The couple is blessed with two children one son Jackson and one daughter Skylar. Though their marriage was tested when she joined the series, The Real Housewives of Potomac despite her husband's will of not joining.

In an Interview, Jordan said:

"When I told [Eddie], I said, 'They want me to do this reality show', at the time we didn’t know it was Housewives, we were thinking maybe it could be Housewives and so he said, 'Well, if you do it, we'll probably get a divorce".

In the end of the first season on the show, the duo was not talking to each other. In the second season, Jordan said that their divorce is unavoidable, though they haven’t filled any lawsuit as of yet. She even clarified that the divorce is inevitable.

Jordan wants to spend rest of the life with Eddie but after his denial, the relationship is basically over but they want to co-parent their children and want to maintain the best humanly environment possible.

An American reality star Jordan is living a luxurious life. She has estimated a net worth of $8 million by her endorsements of brand and revenues. From the series Real Housewives of Potomac she earned $1.1 million per year. She earned $40k during her first season on the show. She is the brand ambassador of Zara Sweatshirt which cost is $69.00

She has been married to former NBA player and Coach Eddie Jordan. The duo tied a knot in 1998 after dating for a certain time. The couple is blessed with two children one son Jackson and one daughter Skylar.