Is TV actress Charrisse Jackson Jordan Married to husband? Know more about her Relationship and Affairs

Is TV actress Charrisse Jackson Jordan Married to husband? Know more about her Relationship and Affairs and Children

It's hard decision to choose over your marriage and professional career. TV actress Charrisse Jackson Jordan faced a similar dilemma and she decided to choose the latter.

Due to this, her 2o years of marriage might be in a jeopardy. Her husband even said how the chances for the divorce will substantially increase if she joins the show, Real Housewives of Potomac.

Now after she joined the show, is the divorce imminent? or have they talked about it?

We've seen various celebrity break-up or get divorced due to their strict professional routine and since they are not able to give time to each other, they end up separating. 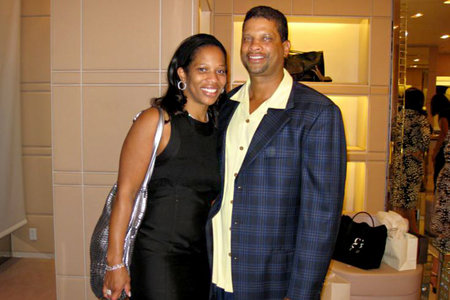 Charrisse and her husband Eddie attending an event in NJ,
Source: Bravo TV

Take a recent example of Selena Gomez and The Weeknd. The cute couple broke-up due to conflicting schedule and not able to spend time with each other.

Charrisse and her husband, Eddie Jordan is facing similar situation right now. When Real Housewives of Potomac cast her in the show, her husband was totally against the idea of her joining the show.

In an interview, the actress said,

"When I told [Eddie], I said, 'They want me to do this reality show' — at the time we didn't know it was Housewives, we were thinking maybe it could be Housewives — and so he said, 'Well, if you do it, we'll probably get a divorce."

Despite problems in their blissful marriage life because of the show, she chooses to join the show. In the same interview, she added,

"It was not the answer I was expecting. So when he said it, I was devastated. Like I literally gave up my career twice because of his career. We moved to California, then New Jersey, Maryland, Philly, then back to Maryland, and now I say a few words, and you're going to say to me divorce if I do this? So it kind of put me in a different space of, 'Now I really want to do this."

The pair tied the knot back in 1998 after dating for a while. They are also a proud parent of two children, a son named Jackson and a daughter named Skylar. 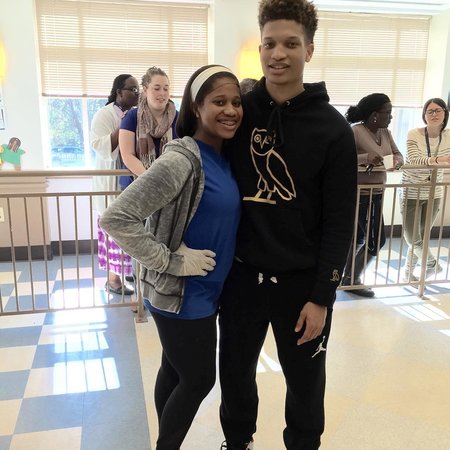 She and her husband share two children, Jackson and Skylar,
Source: Lipstick Alley

Charrisse always dreamed of spending the rest of her life with Eddie but after his denial, it looks like the pair might get a divorce soon.

Speaking of their divorce, she divulged,

"We both have attorneys. Why we haven't filed yet, I really don't know. It's not we're thinking we're going to get back together. I think it's just that we're both lazy. That's the only reason, to be honest with you. We're kind of lazy in that department. But it's gonna happen, unfortunately, it is. I'm not excited that it's gonna happen, but it's inevitable. It's gonna happen."

We do wish the pair reconcile with each other and come to good terms. It's hard as it is to find such a long-term relationship in the Hollywood. 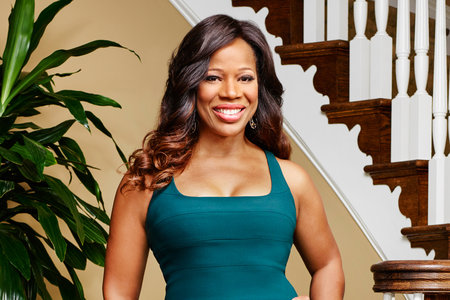