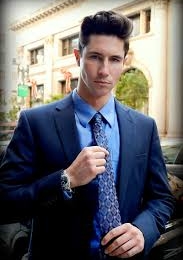 Chase Olswang is a professional runway model from Huntington Beach, California. He is widely popular as the ex-boyfriend of reality show star and Phlebotomist Tayshia Adams. They dated from November 2017 to the fall of 2018. Please scroll down to know more about his career and personal life.

Who Is Chase Olswang Dating Currently?

Chase Olwang, an Orange County resident, is no more single. He is in a relationship with Ciarra Hilz since May 5, 2019. The duo celebrated their first anniversary on May 5, 2020, in Huntington Beach of California.

The ex-lover of Tayshia Adams has been kindling romance with his newfound love for a year. Chase's Instagram feed is nowadays filled with pictures of his sweetheart Ciarra who is active in TikTok and Snapchat. She's summoned over 2145 followers on Instagram.

Chase Olswang, a runaway model, was in a serious relationship with The Bachelor star Tayshia Adams. On season 23 of The Bachelor. Adams disclosed to Colton Underwood that she divorced Josh Bourelle before participating in the show. Nevertheless, it seems like the brunette beauty didn't tell the whole truth regarding his romantic past.

Olswang dated Tayshia Adams, 29, before ABC's The Bachelor season premiered. Chase started calling her girlfriend right off the bat. Olswang exclusively told Life & Style in February 2019; he dated Tayshia around November 22, 2017. The lovebirds began hanging out right away and realized they adored each other a lot. 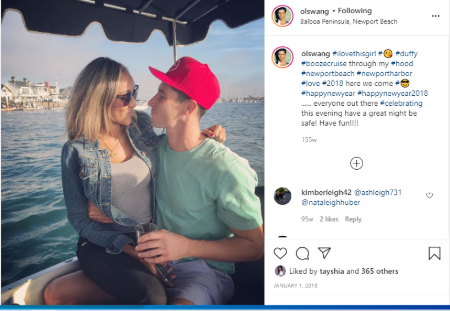 Not only that, Olswang shared a cozy picture with his former lover Tayshia Adams on January 1, 2018, while traveling to Balboa Peninsula, Newport Beach.  Olswang would definitely say their relationship was a little more serious, not right before the show but more toward the beginning of our relationship.

Closer to The Bachelor, they were dating on-and-off, yet he, however, wanted to label it. The brunette beauty confessed to Chase regarding their divorce, but he ignored that until she said it a second or third time. When Tayshia was nominated to go in the ABC show, Chase was a little confused as to why she would end their budding romance.

Chase Olswangs eagle-eyed fans already know about his career as a runaway model and also his lifestyle. The blue-eyed possesses an estimated net worth of $2 million as of 2020. He's earned thousands of dollars from modeling and acting.

Olswang has been indulged in money-making jobs since the age of 14. Chase describes himself as a friendly man with a lot of drive and focus. In 2010, he joined CESD Talent Agency and Clear Talent Group.

Both of the companies are based in the Los Angeles area, with the help of which he starred in a number of films and TV commercials. His acting credits include The Monster Project, Quarantines Christmas, and Memoir.