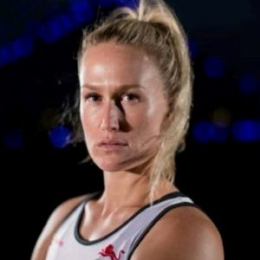 Chelsea Pitman is a popular Netball player who represents the 'England National Netball team'. In addition to that, she is signed by club 'England Roses'. She previously was signed with 'Australian Netball Diamonds'.

The Netball player, Chelsea Pitman is currently engaged to her boyfriend Shayne Harris. The couple got engaged on October 18, 2018, at Central Park, New York. Chelsea shared this huge moment with her fans by posting the picture of their engagement. Check the photo below:

Though the pair is engaged for over six months, the wedding date is yet to be fixed. At present, the couple is enjoying their courtship to the fullest by going on vacations, enjoying dates and doing things they enjoy. She is open about her romantic life and thus regularly posts a picture of her rendezvous with her beau.

Chelsea is open about her past relationship too. She married Kiwi rugby player Kevin Locke in 2015 and got divorced in 2017. Previously, in an interview she opened up about her divorce;

"Like most people who break up or go through a divorce, I look back now and I’m like, ‘Eeeh, I shouldn’t have done that’. But you can’t regret things. It’s all a lesson learnt."

She further added that her relationship with her ex-husband was toxic which was affecting her mental health. She walked out of the emotionally abusive relationship for her health and mental wellbeing.

What is Chelsea Pitman's Overall Net-worth? Know more about her Earning and Salary

Chelsea Pitman's overall networth is $300 thousand- $500 thousand which she earned by playing netball for nearly a decade. She is currently representing the England National Netball Team and earns a salary between $22,000 to $55,500.

Pitman furthermore is currently signed with a club England Roses. She was previously signed with  Australian Netball diamonds where the average salary was $67,500. In addition to that, she owns a Mazda car which costs around $23,600 as of 2019. 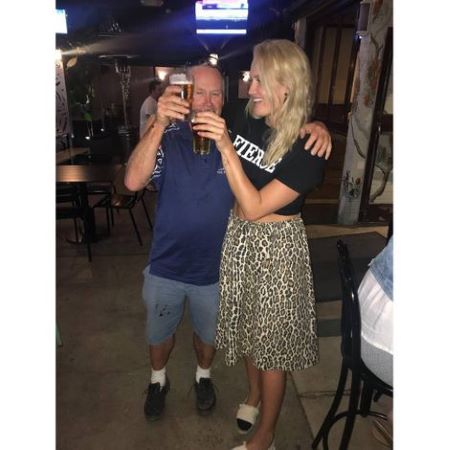 Chelsea Pitman with her dad.

Kevin is a rugby player. He is a New Zealander. The couple got married in Sydney.