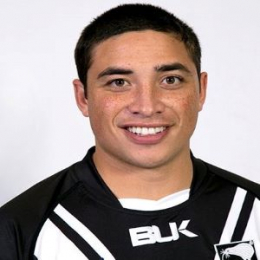 Kevin Locke is a professional rugby player from New Zealand. He is known among his fans by the nickname 'Knobby'. Locke played in many clubs throughout his career, however, he is mostly associated with the club "New Zealand Warriors" where he played for five years.

Kevin Locke was married to Australian netballer Chelsea Pitman on December 30, 2015. The couple tied the knot at Sydney's Taronga Zoo among friends and family. 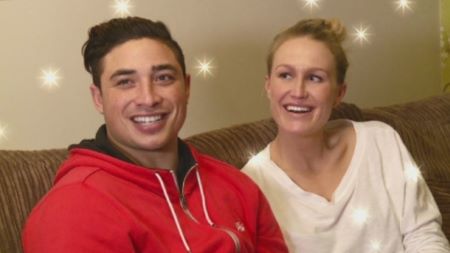 Well, Kevin met his ex-wife Chelsea in 2011 through a common friend. The couple started dating soon, and she got pregnant with his child. The pregnancy sadly turned out to be ectopic. The lovebirds lost their child, but the relation between them deepened after the tragedy.

The pair moreover realized the love for one another even more and finally got engaged. Kevin proposed her in the early morning in their home with an 18-carat white gold and diamond engagement ring. The engagement later cumulated to a beautiful wedding.

Chelsea, furthermore, who is an Australian native, moved to New Zealand after marriage. The couple enjoyed the blissful marriage for some time; however, Kevin's alcohol and depression problem began to take a toll on their relationship.

Kevin and his then-wife went through many breaks up and patch-ups before finally divorcing in 2017. Both of them are now past this relationship and is currently happy in their respective life.

Kevin is currently single and is focused on his health and wellbeing. He also spends a lot of time with his son Louie Locke who was born to him through his relationship with Hannah Mackinven, his high school crush.

Kevin Locke is caught on the wrong side of the law on multiple occasions. In 2010 he was suspended from driving because of drunk driving. In 2011, he was accused of sexual assault by a woman. In 2012, he was caught driving a car in the suspension period and thus was sentenced to $1400 fine and 80 hours of community work. In 2015, he was accused of getting drunk and stealing his coach's car.

What is Kevin Locke's Net-worth? Know about his Earnings and Income

Locke moreover started his career by playing for Auckland Lions. However, he was soon signed by New Zealand Warriors in 2009 and remained till 2014. He then joined Salford Red Devils for a year and finally joined Wakefield Trinity WidCats in 2015. At present, he is not signed at any club and is recovering from a shoulder injury. 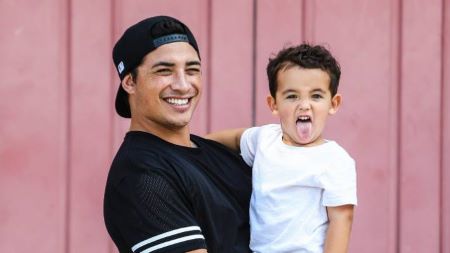 Hannah Mackinven is Kevin's high school crush. The couple even got engaged.