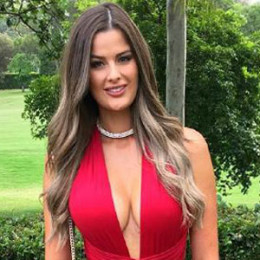 Cheryl Maitland rose to popularity after appearing in the series, Married At First Sight. She worked in a salon and also as a topless waitress before becoming a reality star. She also became a glamorous model at the initial phase of her career. Maitland is in a relationship with a former criminal, Dean Gibbs. The couple is reportedly planning to get married soon.

Cheryl Maitland was born in 1992 in Gold Coast, Queensland. Maitland is Australian as per nationality, and as far as her ethnicity is concerned, she is White.

Before becoming an actress she worked as a hair salon assistant. Maitland even confirmed that she had worked as a topless waitress after the photo with her breast exposed where she was wearing just a skimpy pair of lingerie came out.

In addition, Maitland also worked as a glamour model in Australia and later appeared in the reality show, Married at First Sight alongside Pepper Schwartz, Legan Levkoff, Nate Duhon, Ashley Petta and Cody Knapek among others. She joined the show hoping to find love but eventually quit after many failed attempts.

Cheryl Maitland is dating a former criminal turned plumber named, Dean Gibbs. Her boyfriend was arrested in the possession of drugs like ecstasy and steroids. On March 19, 2022, Cheryl Maitland and Dean Gibbs got engaged. Cheryl posed with the ring in her hand and posted it on social media. On Instagram, she posted the photo. 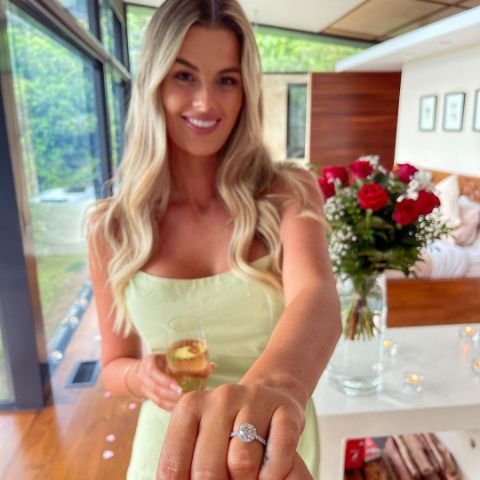 Maitland and Gibbs are enjoying each other’s company. The couple gave hints about their wedding plans recently, shortly after rumors about the pair already being married started making rounds. However, no such information about their marriage is revealed yet.

‘’Happy Birthday to the love of my life. I couldn’t imagine my life without you in it, You are the most beautiful soul I’ve met! I’m so thankful I get to spend this day with you and many more. I can’t wait to grow old with you. LOVE YOU.’’

In 2017, she participated in the fourth season of Married At First Sight, where she tied the knot with Jonathan Troughton only to separate soon after.

Apart from this, Maitland was once romantically linked to the millionaire tobacco tycoon, Travers Beynon who is also known as ''The Candy Man.'' She also attended the bikini party organized by the tycoon.

As per some sources, Maitland went to Hugh Hefner’s mansion (the late founder of Playboy Magazine's mansion) at LA in 2011 with her sister, Sarah-Jane. At the time, she was 20. Reportedly, she attended several parties at the mansion wearing only lingerie.

In an interview with NW magazine in 2017, Maitland admitted that she underwent breast augmentation after being teased in school for having small boobs. She also underwent a lip job which she revealed in the same interview.

‘’ I finished school I thought, I want to do this for myself and feel more comfortable in my skin, so I had a breast augmentation. I love full lips, it's a look I like and I think it looks good. I don't do it for anyone else but myself. It's my body, I can do what I want with it as long as it makes me feel good.’’

As of now, the star of  Married At First Sight is proud of her figure. In her recent trip to Bali with her boyfriend, she posted many pictures showing off her cleavage.

Controversy and Net Worth

Maitland uploaded a video several years ago where she snorted a white powder off her breast during a wild night out. In the video, she was handed a $50 bill by another woman. She then passed a statement after being asked several questions regarding it,

‘’ I posted this video as a joke on my Instagram account several years ago. Looking back I now realise what an extremely naive thing it was to have done, and I seriously regret it.’’

Cheryl Maitland, 25, might have an estimated net worth of six digit figure considering her success and popularity. As per some sources, the participants of Married At First Sight series are paid $100k for the entire season. Maitland was part of the show in the Season 4.