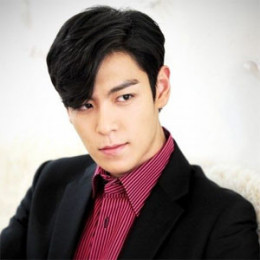 A South Korean singer, rapper, and actor, Choi Seung-Hyun is popularly known by his stage name, T.O.P is listed as the top richest K-pop star. He rose to fame after joining the boy band, Big Bang for which he was not selected at first being too chubby. The hardworking star now has become the sensation of South Korea but with the popularity, he was also included in many rumors and charges as well.

Choi Seung-Hyung was born on 4th November 1987 in Seoul, South Korea. His star sign is Scorpio. As a child, he was close to his mother and his sister, Choi Hye-Yoon. He is a sensitive person and had no interest in studies. So, he usually used to skip school and came back home.

Moreover, Seung-Hyung attended Seoul Art College where he did major in Musical and earned a degree in theater & Film from Dangook University in 2008.

Since school days he was very much interested in hip-hop music and The Notorious B.I.G, an American rapper was his inspiration.

Right from the teenage, Seung-Hyung took up the name TEMPO and became the famous underground rapper as he released his song, Buck wild and also won a rap battle as well. After that, he started dancing and rapping with his neighbor, Kwon Ji-Yong and also became a trainee of YG Entertainment. He was given the name T.O.P by senior YG artist Se7en.

His hard work led him to be qualified for the boy band, Big Bang but his chubbiness became the reason for not selecting him. But later on, he lost 20 kg in only four days winning him a spot in the boy band. He along with his friend, Kwon JI-Young, Taeyang, Daesung, Jang Hyun-Seung, Seungri were the members of their official group.

He along with his group released their first album named, Big Band Col. 1 that received mix reviews. But after the release of their Ep, Always in 2007, they gained popularity.

Apart from the rapping and singing, he was also involved in acting by mid-2007. His first attempt was a music video Hello by Red Roc, a Korean singer. Even, he began performing for the first time from the series, I Am Sam.

After that, he started working in many movies and series as a lead including 19-Nineteen, Iris, Tazza: The Hidden Card, Out of Control and much more. Among all those, 71: Into the Fire was one of his biggest hit movie for which he also received Blue Dragon Film Awards twice and BaekSang Arts Award twice.

With his income, he owns a luxurious house in Hannam-dong, Yongsan-gu, Seoul worth 3 billion won ($2.49 million).

Apart from his professional career, he is currently single. He previously had an affair with the Korean model, Shin Min-a whom he met for the first time through his sister and eventually began to date. The pair were spotted on secret dates despite their busy schedule.

After posting pictures on social media with the k-pop band member, Krystal rumors about them dating spread. But both of them kept silent about the rumor and did not say anything about their relationship.

Once Choi revealed his love life in public saying,

''I have few relationships since I became a singer and I have never introduced my girlfriend to even to my closest friends. Because I am a public figure who is always exposed to people, I have to take extra care for my girlfriend. I am at an age of high energy, but now I want to concentrate more on my work.”

During his two years of mandatory military service in 2017, he was prosecuted by police for smoking marijuana with Han Seo Hee. Moreover, he was also hospitalized after the overdose of anti-anxiety medicine.  After his recovery, he went to his first court hearing where plead guilty of smoking marijuana on two out of four instances.