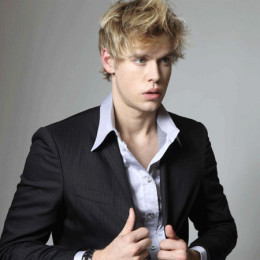 An American actor, singer and musician who is widely known for starring as Sam Evans on the hit comedy television series, Glee. He is son to Julie Miller and Paul Overstreet. When he was young he was greatly inspired by his parents to sing song because his father is also popular country-singer. When he was child he started playing the mandolin, drums, flute, piano, and guitar too. He started his professional career by modelling in advertisement of Famous Footwear and Gap. In 2007 after he graduated he started to perform in various programs. But those years turned unsuccessful to him and he started acting in web series Private. He has already made guest appearance in popular series like The Middle, Regular Show, and No Ordinary Family.

It is said that he was offered $100,000 to appear in 'Playgirl' magazine but he turned down the offer. Talking about his personal life he has not married yet. Though he have dated more than half a dozen of celebrities currently he is single. It seems like love life has not favored him too well because after dating that many girls he has still not been in serious committed relationship.