Chris Conley is also one of those behind the camera person who rarely gets the spotlight. He has been working as Program Director for 'WLTW New York' for years and has taken the station to a new height of sucess.

Chris Conley Is Private About His Personal Life

Chris Conley is very secretive about his personal life. In fact, to maintain privacy, he is not much active on social media as well.

He only has an account on Twitter; however, it is also not updated since 2012. Because of his secretive nature, the details of his life are not available, including his relationship status. It is not known whether he is married or doing or single.

Chris Conley's Career and Net Worth

Chris Conley is working at WLTW New York since 2008. He joined as Program Director for 106.7 Lite-FM, but later also handled the position of AC Brand Manager for the company.

During his leadership, the 106.7 LITE FM was ranked Number one in the age group 25 to 54 nearly every month for the past decade in New York. "Cubby & Christine in the Morning Show" featuring Christine Nagy and Paul "Cubby" Bryant is one of Fm's most sucessful program. 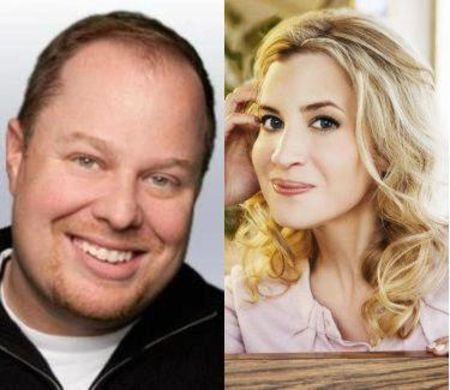 Cubby and Christine of "Cubby & Christine in the Morning Show" SOURCE: Inside Radio

Because of his amazing performance in 2019, he was appointed as Program Director for WKTU-FM (103.5 KTU)/New York. In this position, he will be responsible for overseeing the day-to-day operations of the station's music, on-air personalities, programming, promotions, and digital operations.

Before joining 106.7 LITE FM, the veteran programmer worked at McVay Media, where he was a Vice President/AC. Before that, Conley served as PD for WBEB-FM/Philadelphia.

Given Conley's broad responsibilities and experience, there is no doubt he is earning well from his current job. Nonetheless, as of 2020, his net worth is $1 million.