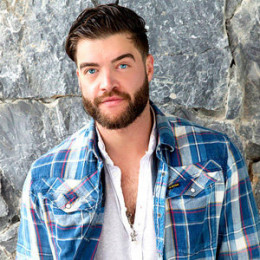 An American Reality TV star, Chris CT Tamburello is well known for his time on the MTV reality series, “The Real World”.

Tamburello completed his graduation from the University of Massachusetts at Amherst in Business Administration. During his college days, Chris also worked as a bartender.

Chris began his career as a cast member on The Real World: Paris in 2003. Afterward, he came on the MTV show The Challenge. He was one of the oldest competitors at the age of 33 in the ninth edition of The Challenge named The Challenge: Free Agents.

Chris CT Tamburello is in a relationship with a model named Lilianet Solares. There is no concrete revelation on how and when the couple first met, although some reports suggest they first met in Florida in 2015.

Meanwhile, Lilanet is a renowned Hispanic model and resides in Cape Coral, Florida. The couple is not married yet, but they share a baby together named Chris Junior. Chris revealed in an interview the reason behind returning to The Challenge was his son.

"The main reason I came back, I know there’s going to come a time where he’s going to see me on TV. I want him to see me as I am today, and not some punk running around with his head cut off, smashing heads, you know."

Previously, Tamburello reportedly dated American TV personality Diem Brown in 2006. The couple was together for eight years before tragedy struck in 2014 when Diem died of ovarian cancer. Chris and Diem had already gotten engaged and he asked her to marry him just four days before Diem’s death.

Chris CT Tamburello's net worth is estimated to be $400,000. His source of income includes his salary and earnings from his career as a TV personality. Moreover, he reportedly earns money from his other work and business. For instance, he is reported to own his own bar, while investing in some hotel business.