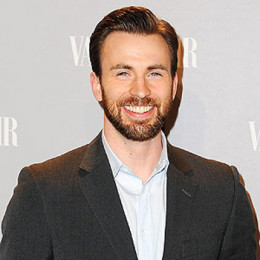 Christopher Robert Evans better known as "Chris Evans" is a talented actor, noted for his roles as Captain America in the Marvel Cinematic Universe and The Human Torch in Fantastic Four. He gave a kick-start to his career with a TV series Opposite Sex. He studied acting at Lee Strasberg Theatre and Film Institute. He is a proud son of Lisa, an artistic director at the Concord Youth Theater and Robert Evans, a dentist.

Moving on to his personal life, he is yet a bachelor but currently is in a serious relationship with a gorgeous American actress. He is dating his girlfriend since May 2007 and still the couple have same chemistry and mutual understating with one another. Probably the couple is looking forward to getting married soon. Few years back, he was rumored of dating Vida Guerra, Kristin Cavallari, Elizabeth Olsen and Gisele Bündchen. Evans worked in other films such as Captain America film series, Not Another Teen Movie co-starring Cody McMains and Avengers: Endgame.