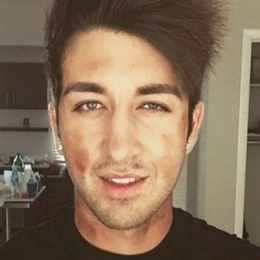 The 21st century has opened various platforms for everyone to showcase their skills. There are are many people who caught gabbed those opportunities and rose to stardom. Among those people, Chis Monroe is a famous YouTuber who is popular in social media with the name of PrankInvasion. The 26-Year-old YouTuber is famous for owning three different YouTube channels where he publishes videos regarding pranks, social experiments, and trolling.

Personal Life of Chris Monroe; Is he Dating someone?

Chris Monroe is possibly single as of now. The well-known social media star is focused on his career and shows no time to be in a dating relationship. Moreover, he is never spotted dating any girls in any events and places out of the reel life.

Chris is currently out of any rumors and controversies regarding her personal life and professional life. Additionally, he is an active person on social media and uses modern means of communications like Instagram, and YouTube. He is a famous Youtuber and posts videos mostly about prank videos, social experiments, and trolling videos.

What is the Net Worth of Chris Monroe?

Chris Monore holds an estimated net worth of $800,000. He was able to gather that sum by working as an active Youtuber. In addition, the average salary of a Youtuber ranges from $3-$5 per 1000 video views.

Chris joined the Youtube for the first time on November 26, 2012, with his main account named PrankInvasion. After that, he opened his secondary vlog channel named PrankInvasionVlogs on July 30, 2014. And after getting success on those both channels he created his third youtube channel named Chris Monroe on March 28, 2015, where he mostly posts Kissing Pranks videos. Further, he earns over $1,600-$25,100 monthly and $18,900-$301,600 annually from his main YouTube channel. Similarly, he earns over $34-$542 monthly and $406-$6,500 from his third channel.