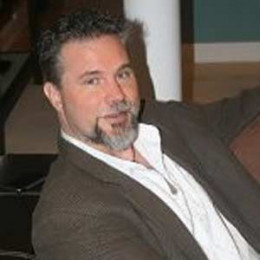 The famous businessman Chris Potoski is a married man. The star is married for years. Now, who is the lucky girl? Let's find out!

Chris Potoski is living a happy life with his wife Tracey Lynn Livermore, known by her fame name Brandi Love. Potoski and Brandi Love married on 10th Feb 1995. His wife is an adult film actress. 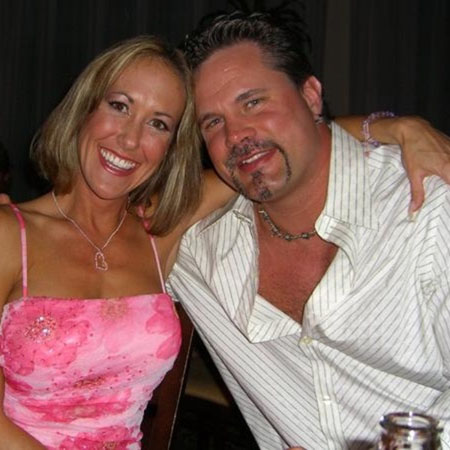 The couple also shares a daughter together. The family currently lives in their luxury mansion in Raleigh, North Carolina. No doubt, Potoski is a loving husband and a caring father.

No Rivals founder and his adult movie star wife have been united as a life partner for more than twenty-four years now. Even though, the duo's marriage is amicable they don't feel uneasy in having an intimate relationship with other's partners.

It is said, Potoski is a proud father and a loving husband of Brandi, he prioritizes open marriage and gushes on the benefits of non-monogamy or open relationships. Back on February 10, 2018, Potoski's darling Brandi took a picture of the two on Twitter celebrating the 23rd anniversary.

Neither of the parties is active on socials as of now but it doesn't mean they have parted ways. The couple is trying to make every effort to put their kids away from the media and their professions.

From Chris Potoski's career as a businessman, he undoubtedly makes a great net worth. Well, how much is his actual earning? Let's find out!

Potoski has an estimated net worth of $10 million dollars in 2019. Potoski adds millions of dollars to his net worth through business. Most notably, he is the Founder of COO Tracey Jordan Properties which includes luxurious hotels under it and provides great accommodation to people.

Even more, he brings in a thick amount as a director of Business Development in curative health services. While in his tenure, Chris founded the TJC Assets Management and as its Chief Operating Officer. Additionally, his firm handles the digital media assets of people.

As of January 2020, his business has grown and boosted over 200 terabytes of digital media of corporates as well as individual clients. His work includes social media management, assets management, software lensing, and content management.

Chris was the former director of business management in curative health services from 1995 to 1999. Later then, he served for five years as its vice president. Following that, he worked on the show, Penn and Teller.

Right after graduation, Potoski worked at Curative Health Services for more than five years. He was also the founder of No Rivals Media.
In 2004, Chris Potoski achieved experience serving in digital media assets, which helped him to build up his career.

Before fame, Chris worked in a software company named InVixis for five years. In 2014, Potoski worked with Tracey Jordan Properties which is well known for making luxury, vacation property and boutique, as the founder and COO.

The 48-year-old adult movie star came into limelight after he received various precious awards including, Presidents Club(CURE), Presidents(NHC), SW/SE Regional Trainer and more. Potocki's other work includes, at Regent Medical Solutions. He worked there as the Vice President for two years.

Chris Potoski holds an American nationality and belongs to white ethnicity. Further, he earned graduation from Central Michigan University majoring in Physiology and Kinesiology. Potosi does not possess any social networking sites like Facebook, Twitter, and Instagram.

The couple dated for a long time and got married. They also share a daughter together. Ther is no any details regarding her daughter.