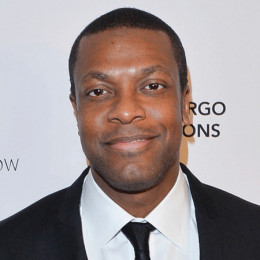 Christopher Tucker aka "Chris Tucker" is an actor and stand-up comedian, best known for playing in Friday as Smokey and in the Rush Hour film series as Detective James Carter. He was a close friend of Michael Jackson, with whom he has appeared in his music video "You Rock My World". He is the son of Mary Louise and Norris Tucker, businessman who owned a janitorial service. He is a graduate of Columbia High School located at Decatur.

Chris Tucker is unmarried but he is engaged to his longtime girlfriend, Synne Simpson, Fox anchor in 2016. The duo started dating in 2013.

Previously, he was married to Azya Pryor in 1997 but due to some personal reasons, the couple divorced in 2003. The duo shared a son, Destine Tucker.

Chris Tucker holds an estimated net worth of $3 million.

Chris Tucker was born on August 31, 1971, in Atlanta, Georgia, U.S. He is the youngest son of Mary Louise (née Bryant) and Norris Tucker.

He was born safe and sound. He currently lives in Los Angeles with his mother whose personal details are still unknown.