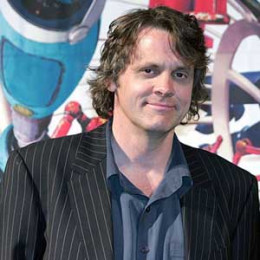 John Christian Wedge is an American film director, producer, writer, voice actor of animation and co-founder of Blue Sky Studio. He developed his interest in animation from the age of 12, seeing a TV serial for kids called Yellow Ball Workshop, about children making cut-out animation in a workshop. He is best known for his movies Ice Age, Robots, and Epic. He is the voice of character of Scrat in Ice Age franchise.

Wedge was born(D.O.B March 20, 1957) in Binghamton, New York. At the age of 12, he developed a keen interest in animation. Wedge attended Fayetteville-Manlius High School and graduated in 1975. He received his BFA in Film from the State University of New York at Purchase in Purchase, New York, 1981. He earned MA in Computer Graphics and art education at the Ohio State University. He was also an animation teacher at School of Visual Arts in New York City where he met his future film directing partner, Carlos Saldanha.

His childhood passion turned out to be his profession.His career began in 1982 where he worked for Magi/Syntha Vision as a principal animator on Disney film torn. In 1983 he worked on "where the wild things are ."On 1998 he won Academy Award for making short animated movie Bunny.

Similarly, some of his directed famous movies are Ice Age, Robot, Epic, The Leaf Men and the Brave Good Bugs, Monster Trucks. Likewise, he has produced famous movies like Gone nutty, Rio 2 and so on. He was the writer of Bunny and Epics. During his career in 1996, he was awarded Ottawa International Animation Film Festival Award under Best Production Under 10 Minutes in Length; he has been awarded a lot of awards and the recent one was Annie Award in category Outstanding Achievement in Directing in an Animated Feature Production. From 1982 to till date he is very active in his career.

Chris is married to Jeanne Markel and they are living a happy life at Katonah, New York with their daughter Sarah and son Jack.There is no any rumor of divorce between these happy couples till now.

Wedge always thanks his wife and children for their support in his career which was also seen in1998 at the 71st Academy Award where he has said "this award is especially thrilling because it's been a labor of love, "Bunny," for all of us at Blue Sky Studios in New York for many years actually. And so to my beautiful wife and family, Jean, Sarah and Jack; Mom and Dad." It proves that he is a family man and loves them dearly.

Wedge's net worth is still under the curtains but he surely has a huge worth, maybe in seven figures.

He is married to Jeanne Markel and they are living a happy life at Katonah, New York with their daughter Sarah and son Jack.

Chris and Jeanne have a son named Jack. He is the only son of the couple.

The couple also has a daughter named Sarah and she is the only daughter.