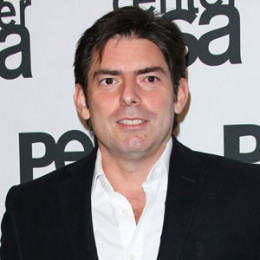 An American producer, writer, director and an actor who is best known for his collaboration work with his brother named Paul Weitz in movie named American Pie and About a Boy. He is son to actress Susan Kohner and late fashion designer and novelist John Weitz. He graduated with a degree in English Literature from Cambridge University. He made his debut appearing in the movie named Midway (1976).

Talking about his personal life, he is already married to his long time girlfriend. His spouse is Cuban Mexican. Until now there has been no report of divorce or any extra marital affairs from both of them which suggest us that they are very faithful to each other and leading a very happy married life. The couple is blessed with a son.

The couple has not yet disclosed their date of marriage. She is of Cuban Mexican decent. Together they are parents of one son.

He is the eldest child of the family. His picture with his mom can be found in different sites.